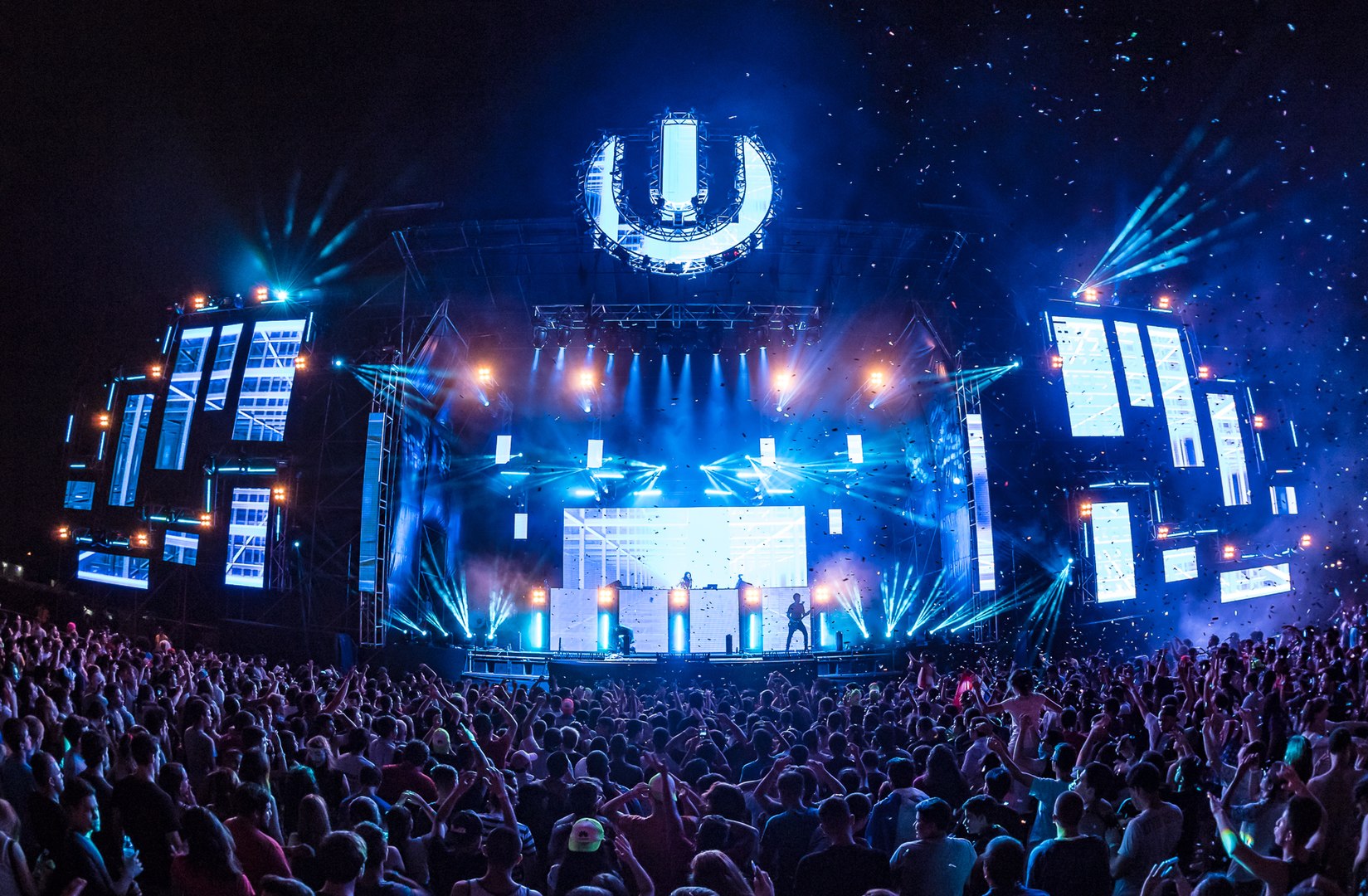 While the daytime in Seoul, South Korea is ample time for great entertainment, the nightlife is a whole other experience. Much like everything else in South Korea, the nightlife is truly a one-of-a-kind adventure. There is an abundance of nightlife activities for tourists, and surprisingly, they aren’t all bars and nightclubs.

Nightlife Culture: The Seoul of the City

To say that South Koreans love to party is an understatement. It is a larger than life experience for everyone involved. While most Westerners think of the weekend when it comes to nightlife, this is vastly different in Seoul. Practically every night is an acceptable time for hitting the many party districts. More interestingly, the way that they go about it is unique as well. It is not merely hitting a watering hole and staying until the heart’s content.

Residents generally start with a meal first. Breaking bread together in Korea is a highly respected tradition. This preps them for their night of drinking. From there, people bar crawl to different types of bars and night clubs having drinks. They do this is what is known as “rounds.” Generally, they have three rounds, but can it reach up to five rounds. The rounds basically mean “trips,” or how many different places they go to in one night. Each place offers a little something different than the last place they went. This not only provides a well diverse night but ensures an exceptional night. Their experiences help make the nightlife scene the soul of Seoul!

As a tourist, it is helpful to keep a watchful eye out for which clubs or bars they attend. Some places are strictly Koreans only, specifically Gangnam clubs tend to be this way. They enjoy their partying and do this to make certain that nothing disturbs that. With that being said, there are still tons of great places for tourists to explore.

Types of Bars in Seoul

When a Westerner thinks of a bar, they generally think of small establishments with beer and liquor. Seoul has some of these too in specific neighborhoods, but mostly, the nightclubs are grand and extravagant places. They are all modern looking with hip hop or electronica music genres playing. But even still, there are more to these places.

Something all together foreign to travelers visiting Seoul is the concept of a “self-serve bar.” It is a chic-modern space that has fridges set up with alcohol. Customers choose what they want to drink and take as they please. They only pay when they are finally leaving the establishment.

These clubs are designed explicitly for people looking to have some flirty, safe fun with others. This unique place only takes people 30 and under as to protect the customers. The bouncers also make sure that mostly the same number of men and women enter.

These are quite possibly the most fun of all the places to go. They are quirky rooms for rent that have karaoke. The Koreans took the love of karaoke while drinking and put it in a fun little package. The groups can get an endless flow of refreshments and alcohol for extra charges. This is perfect for a small group of friends. The word Noraebang in English means “Song Room.” Check out our ultimate guide on finding the perfect Noraebang!

Throughout Seoul, there are a few different districts for experiencing the vibrant nightlife. Each one is a bit unique over the others.

This is the hot spot for those on a budget. The drinks flow cheaply, and the scene has a loud but bright vibe. Tourists are welcome in this district, so exploring is easy. Even though they may be known for their cheap brews, they are more known for their underground music. They are also known for their urban art scene. It is home to Hongik University, so college students frequent all the popular spots as well.

OK Pong Pong and Mike’s Cabin Hongdae are the golden gems of this district. OK Pong Pong is where KPop music will flow freely. The bar is eccentrically, but artfully decorated and customers tend to find the decor amusing.

Mike’s Cabin, on the other hand, is very Westernized. It is like a pub inside and out. This gives Korean a taste of the Western world without leaving their backyards.

As the most popular districts for foreigners, this is a district full of fun for tourists. This district is largely known for their breweries of craft beers. Craft beer gives a unique taste to the guests. The flavors are unconventional to the palate of Westerners but still attracts them to try something new. A lot of the flavors combine coffee with beer.

The two most popular places for tourists in this district is Blacklist and Club Soap Seoul. Club Soap Seoul is currently the most interesting. It was established in 2017, but it is far from being a newbie. The hook line and sinker of this place is the music. They have live shows, and they set the tone for the whole bar each night. This is a wild assortment of music genres and truly keeps things fresh in the nightlife scene.

As Seoul’s most luxurious neighborhood, the nightlife here is above and beyond all others. Koreans go here to party in high-end clubs. There are certain clubs that are only exclusive to natives, and foreigners are generally not allowed to enter. The significant aspect of this district is that there are neighborhoods within this neighborhood that are known for their nightlife. They are Apgugeong and Cheongdam-dong. These are the places where celebrities will be as these lounges are extravagant to the max.

Octagon Club and the Arena are wildly popular here. While they are Korean residents only, it is still fun to see what all the hype is about. Octagon, however, doesn’t explicitly say Korean only, but Arena does. Octagon is 7th on the top 100 club list of Seoul. They have rooms that play hip hop and electronica. As the hottest club in Gangnam, it offers up wide-open spaces for plenty of dancing. Arena is an electronic music only club.

Arena is tailored towards attractive people and those wanting to party into the wee hours. Their dress code is pretty strict as they want only the best looking to enter.

The aforementioned party districts all over unique club choices. However, overall, Seoul has so many party spots to consider. The number of clubs in Seoul is like the number of coffee shops in NYC; beyond plentiful. Below are some of the hottest other spots to consider downing some drinks!

The NB2 club is an extremely popular spot in the Hongdae district. While it is the oldest club around, it can keep up with the youth of today! It not only plays homage to old school 90’s hip hop but caters to newer names out there too. Due to the proximity to the universities, it is the place to go for so many young adults. It has withstood the times and remains a hot spot to hit up while out.

This club is still getting its feet wet but is a promising party house! Koreans love their celebrities, especially KPop and models alike. So they’ll head anywhere they go for a chance to get a sight of them. This also attracts many young hearts looking to party the night away. It is becoming one of the hippest spots to party away at.

As the winner of the 2018 “Best in Seoul” competition, CakeShop holds the title of “Best Club in Seoul.” This is because they often get popular acts to perform and very high energy. They gained their title of ‘best club’ even with being a smaller club. They’ve proven they can be a competitor against bigger venues. This treasure can be enjoyed by foreigners too as it’s located in the Itaewon district.

This exclusive spot will leave guests feeling like royalty. With glass chandeliers and beautiful decor in its lounging space, it’s easy to dance the night away in class. They also feature, like other hit spots, flashing colorful lights as part of the decor. Hip Hop is their music of choice.

From many chic spots to choose from, guests will be hard-pressed not to find a great place. Enjoying Seoul has many perks, but its nightlife is truly something to experience firsthand!

Seoul Nightlife isn’t Only about Drinking

While the partying scene is among the most popular thing to do in Seoul, there are other nightlife activities to see. The whole city comes alive at night in a way that is almost unable to be explained. Below are some notorious spots for experiencing the nightlife in the sober lane.

Rising above the city, high in the sky at 774 feet, is the N Seoul Tower. While it is a spectacular sight during the day, at night, it is a brightly lit masterpiece. For only $9, ($7 for children), guests get access to the best views of the city skylines. From the tower, it is easy to see all the excitement and colorful lights from the surrounding areas.

For the sober-minded folk, the 24-hour cafes are the perfect spot. From Korean specialty coffees to bakes goods, there is a gold mine of treats. Some of these cafes even have the tech for rent like iPads. These are spread throughout the city in various neighborhoods.

Hangang River sits among many beautifully lit places. At night, they offer a ferry ride to tourists and residents alike that gives an intimate view of the city. The ferry has 7 different docks to choose from and even offers a fireworks display.