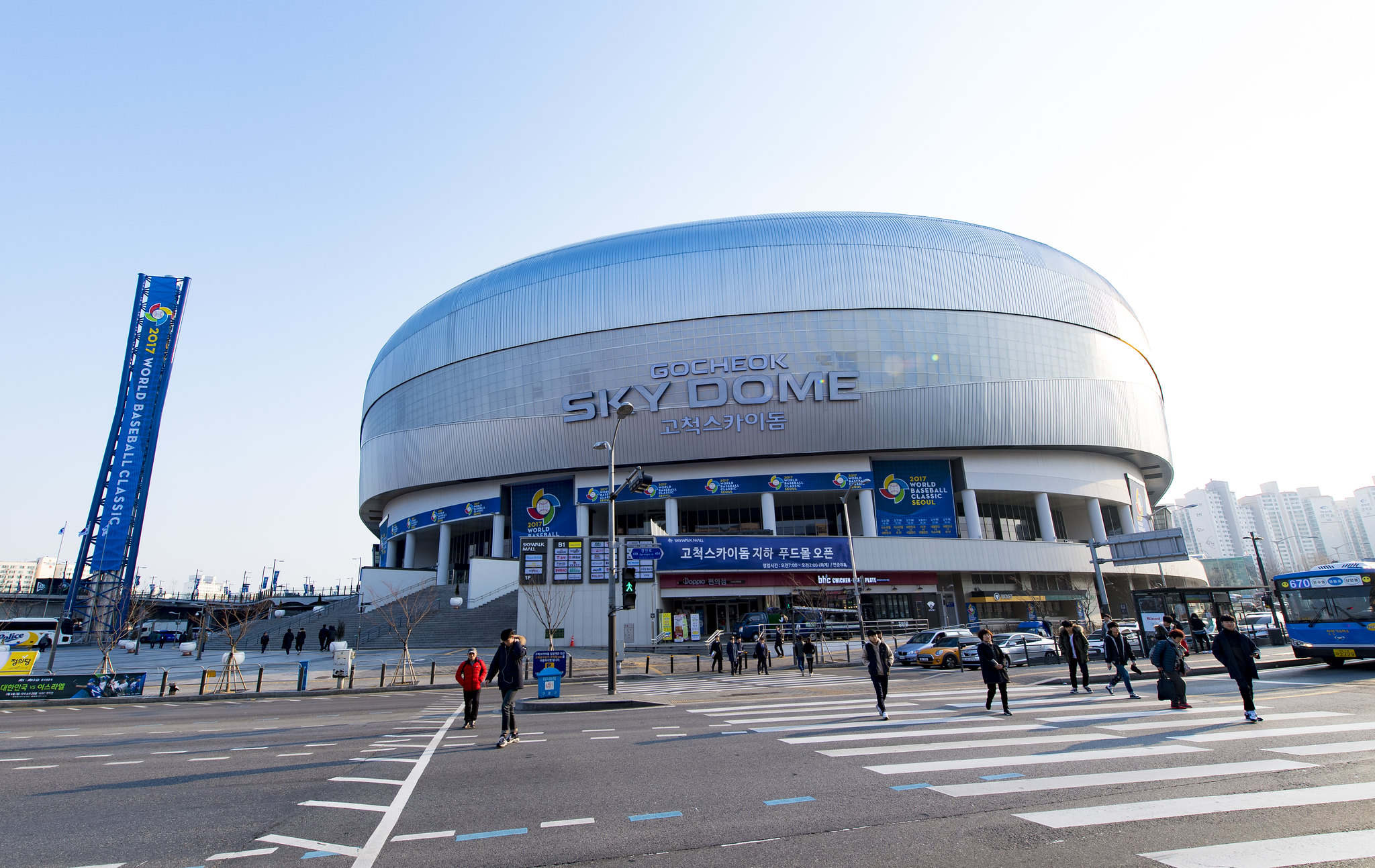 If you have visited the sensational and gorgeous city of Seoul, then your eyes might have caught a captivating and breathtaking structure in the heart of Guro-gu, which is the southwest part of the capital. Even if you have not visited, you may have caught a glimpse of a futuristic dome that looks like a silver egg. Gocheok Sky Dome is the largest capacity stadium in South Korea and can hold up to 25,000 spectators. While it is primarily known as a baseball stadium, the facility is also used for other activities such as music concerts.

Construction of the stadium began in 2009. By the completion year in 2015, the city of Seoul spent approximately 240 billion won. The building was a taxpayer-funded project. While it caused some concerns from the citizens during construction, we can tell you the stadium is well worth the cost in our opinion.

The stadium replaced the Dongdaemun Stadium which was the biggest stadium before December 15, 2015, when the Gocheok stadium was officially opened.

The ultramodern dome-shaped stadium was initially used for baseball sporting events, it has served several purposes including concerts. Famously in December 2017, the stadium hosted more than 70,000 fans for a concert by a popular Korean Pop band, Bing Bang.

Since its opening in 2015, the stadium had hosted up to about 3.32 million people. In 2017, the stadium hosted the first round of the year’s World Baseball Classic along with other hosting states like Israel, Taiwan, and North Korea. Between 2016 and 2017, the Gocheok Sky Dome Stadium has branded the home of NEXEN Heroes – Korean professional baseball teams.

The stadium is dome-shaped and has two basement levels and four more above ground levels. Also, spectators in the stadium do not even have to worry about uncertain weather conditions since the ceiling cover is designed to withstand all weather conditions.

Gocheok Sky Dome Stadium also has adequate equipment inside it not only those designed for baseball but also other sports. The stadium features a swimming pool, a soccer field, a gym basketball courts, and other facilities built for public use. During offseasons, the stadium can be accessed by the public as it remains open all year through.

The dome-shaped stadium has been frequented with local football, basketball, and swimming teams for training and competitions during offseasons. Besides serving as a sports center, the stadium also serves as a great hangout center both for the local and foreign tourists who can enjoy the excellent facilities in the stadium such as the gym, bars, clubs, and food courts. 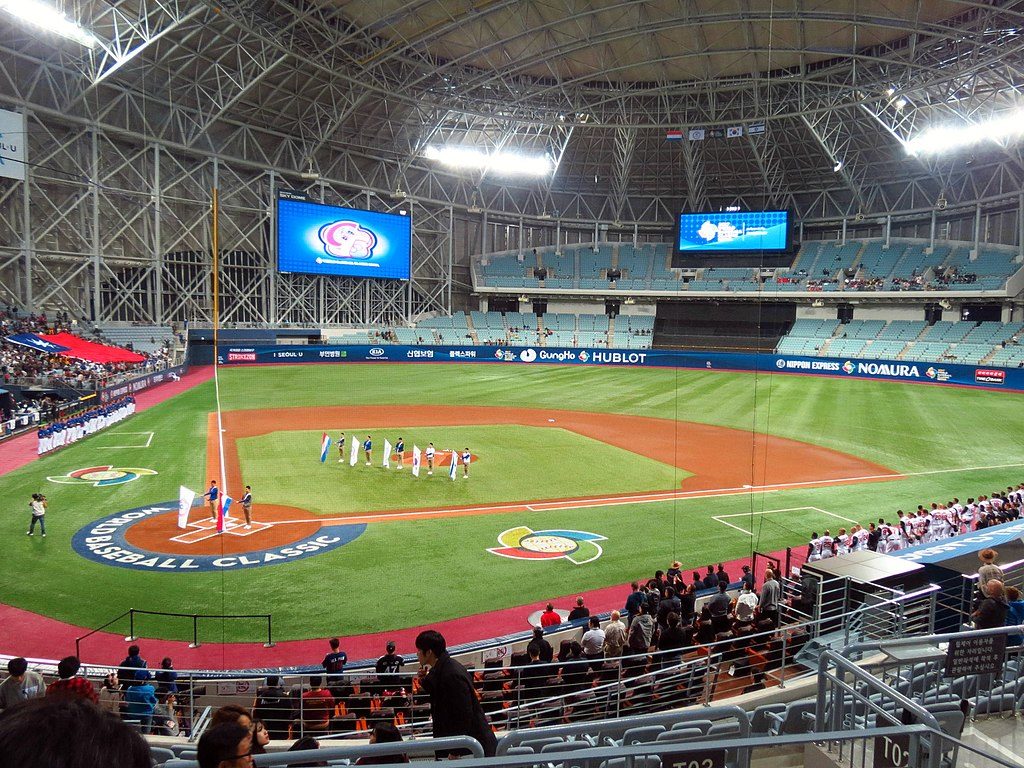 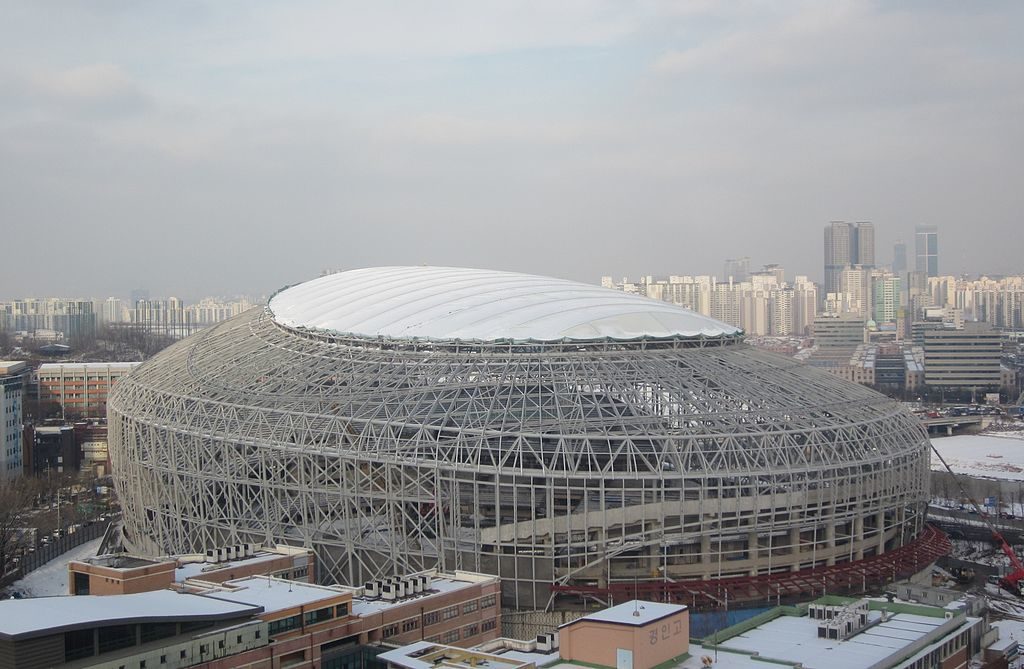 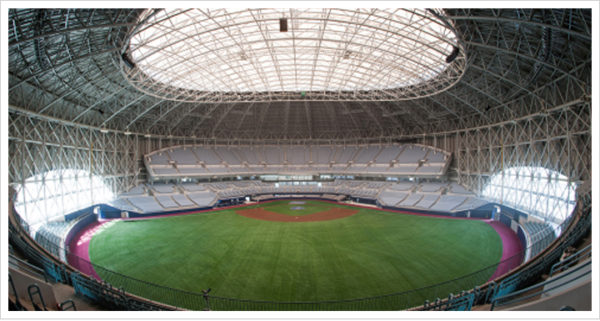 However, given the congestion around the stadium during sporting events, it is advisable to catch a public means transport. To save the environment, you can also join a couple of your friends going to the stadium if one of them has a vehicle instead of all of you driving to the stadium.

Visiting a place for a particular period can be challenging if you are not aware of where to stay, freshen up and take a nap before joining other spectators. This should be the least of your worries when you visit the large city as there are well-distributed accommodations within the city. Surprisingly, you don’t have to break the bank to get a suitable accommodation near the stadium as a majority of the hotels and accommodation centers are exceptionally affordable with prices ranging from 17 dollars to 160 dollars. The best part is that you will also be served with some of the local meals as you enjoy your stay in Seoul.

If you are looking for fancy hotels and ones that you can enjoy the morning view before getting to the stadium, then you can stay at hotels like Alcove, The state Sanyu Hotel, Ramada Soul Sindorim Hotel or even the Best Western.

On the other hand, if you just won’t be spending too much time in your place of accommodation, then you can go for motels or other hotels like cabin Motel Mind Hotel or even Trang Blue Hotel. All the motels and hotels above are located near the stadium, and you don’t have to worry about getting late for an event.

The Gocheok Stadium is the biggest stadium in South Korea that has hosted not only sporting events but some of the top art events such as concerts. The stadium has also been the most preferred establishment for sporting events given the uncertainty of weather patterns in South Korea. The stadium has also undergone renovations since its establishment and tickets to the events in the stadium continue to be sold out.