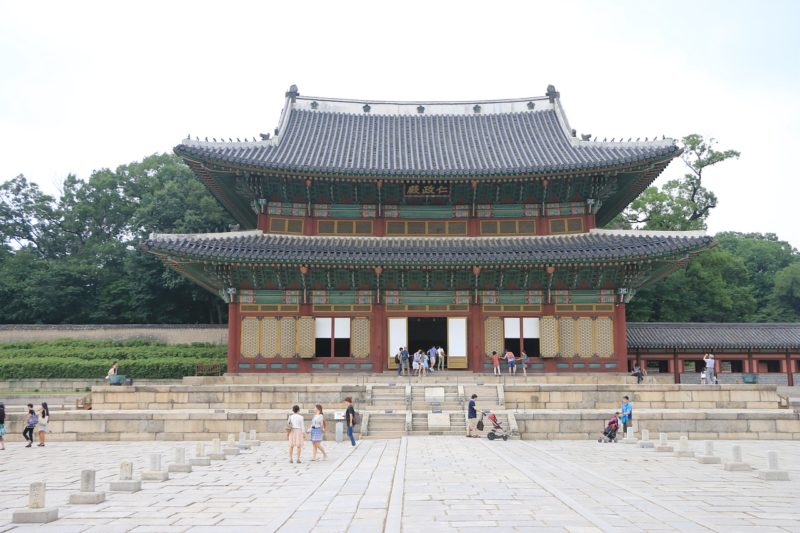 Changdeokgung (창덕궁) is one of the five palaces built during the Joseon Dynasty, which lasted from the late 14th century to the late 19th century. The name literally translates to the Prospering Virtue Palace. Constructed after the Gyeongbokgung Palace, Changdeokgung was often favored by princes of the Joseon Dynasty as the palace featured more contemporary design such as blending in with the natural surroundings of the castle. The palace was nearly destroyed during the Japanese occupation era but ultimately survived to be chosen as an UNESCO world heritage site in 1997.

Changdeokgung Palace’s architecture breaks down to 4 components: government buildings like Injeongjeon and Sejeongjeon, king’s private quarters, royal guard called Huwon, and a meeting hall called Nakseonjae. To fully appreciates aspects of the Changdeokgung palace, tourists can expect to spend half a day to a full day.

Nakseonjae is a one story building in the easter side of the palace. The structure first belonging to a neighboring Changgyeongung Palace but has become part of the Changdeokgung Palace in the later years. The meeting hall was erected in 1846 and consists of 18 chambers. 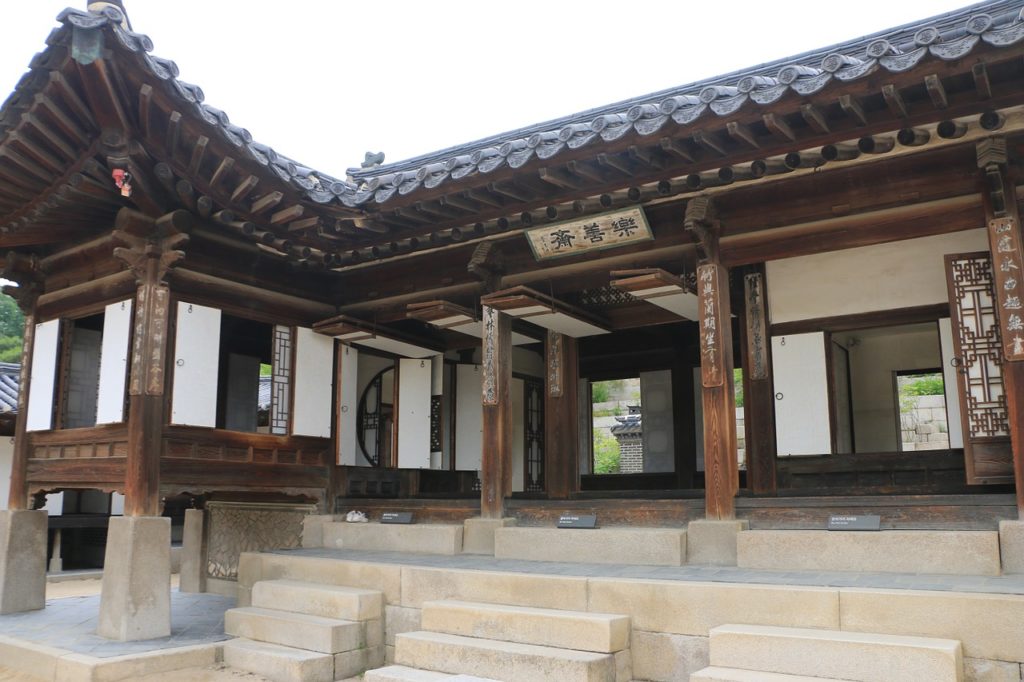 Donhwamun is the main entrance to the palace and stands as the largest gates in the palace. It consists of two story wooden structure. The original gate was unfortunately burned down in 1592 during the Japanese invasion. However, the Joseon dynasty restore the gate in 1608. Over the several decades, the gate deteriorated, and the gate visits walk under was constructed in 1890s. 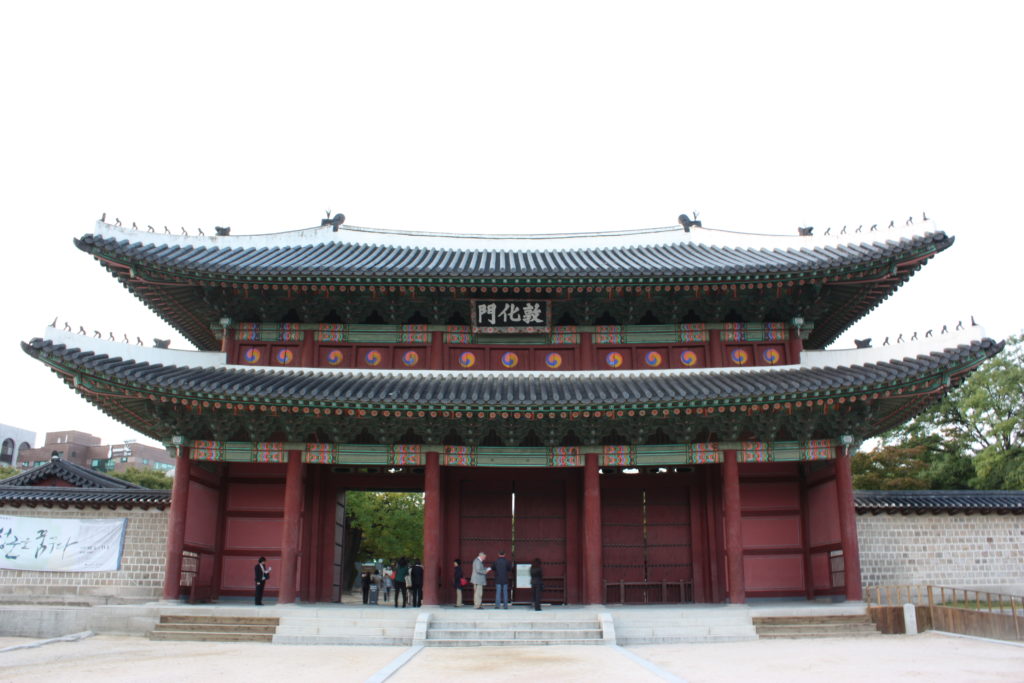 Geumcheongyo Bridge is the oldest functioning bridge in the Korean peninsula. The original bridge was constructed in 1411 as part of the Changdeokgung Palace passage. Throughout the decades, the bridge deteriorated. The bridge tourists can walk over was excavated and restored in the 1980s. 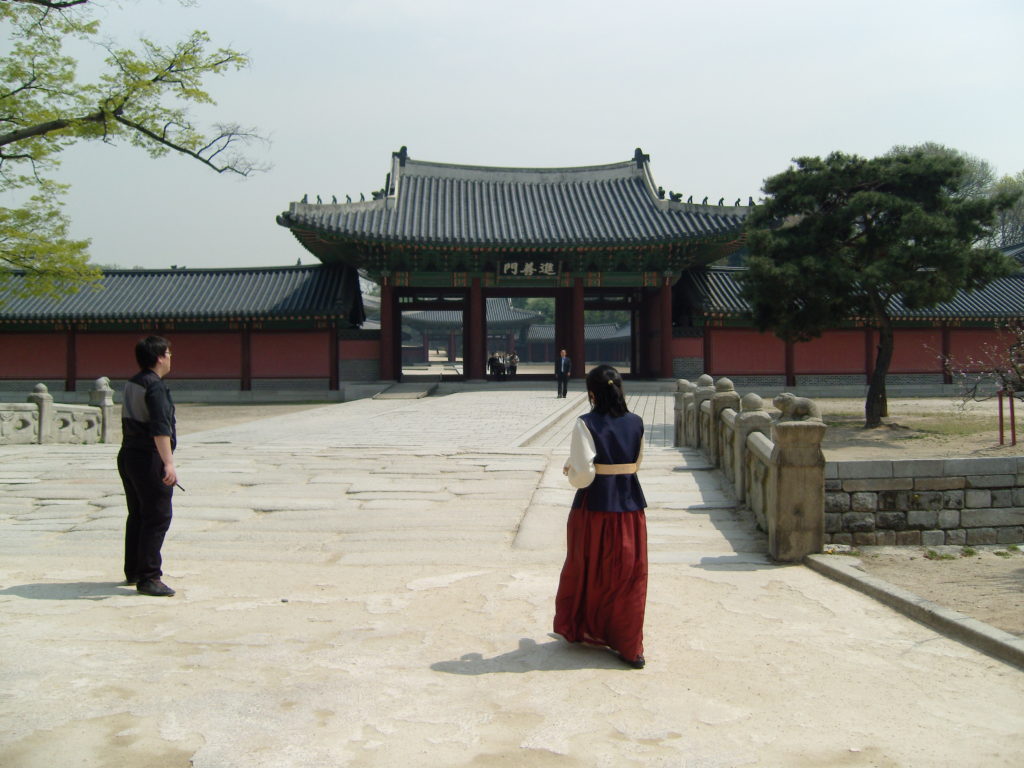 Injeongjeon Hall is the main hall of the Changdeokgung palace where the king would receive government officials and conduct state affairs. Similar to other facets of the palace, the hall, originally built in 1405, was burned down during the Japanese invasion in 1592. The initial rebuilt took place in 1610, but the palace subsequently sustained damage from a fire in 1804. 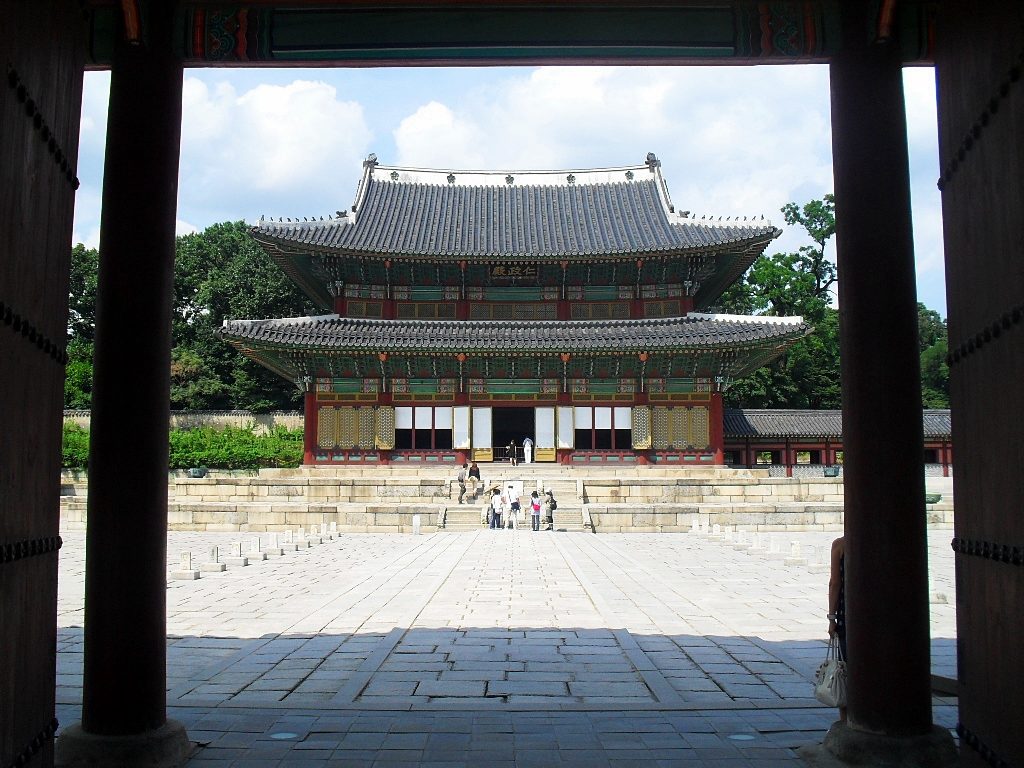 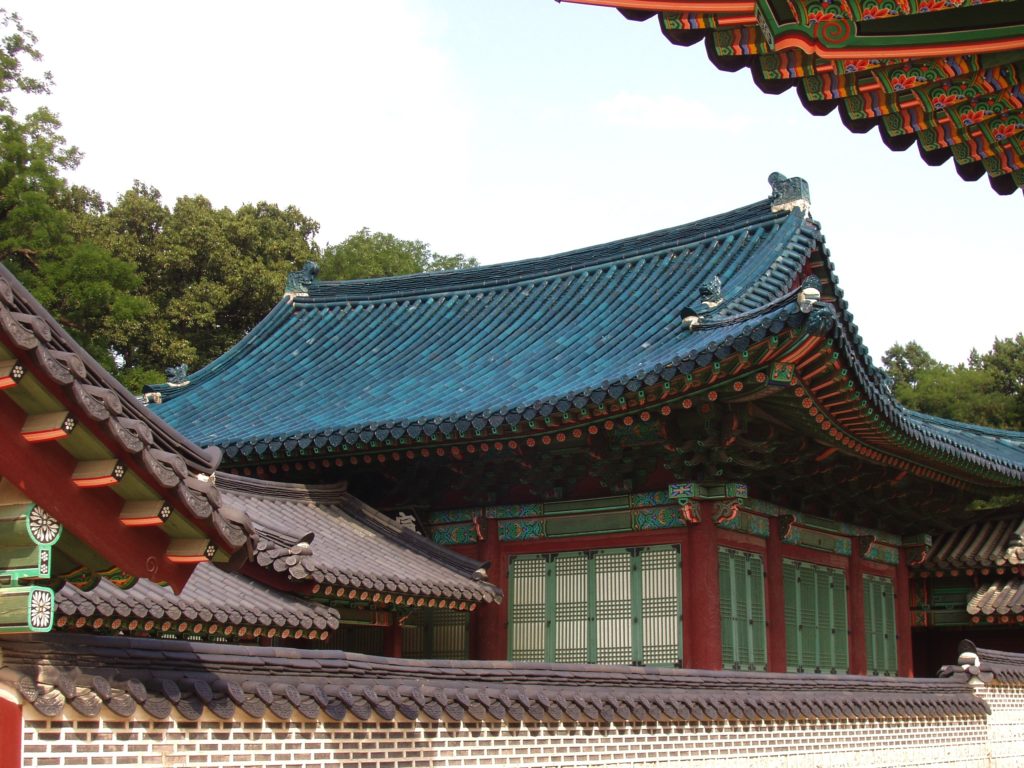 Huijeongdang Hal was originally built as the royal chamber, which subsequently became a private office during the Seonjeongjeon ruling era. The original hall was damanged during a fire in 1917 but reconstructed using a more modern westernized features such as glass windows and chandeliers. 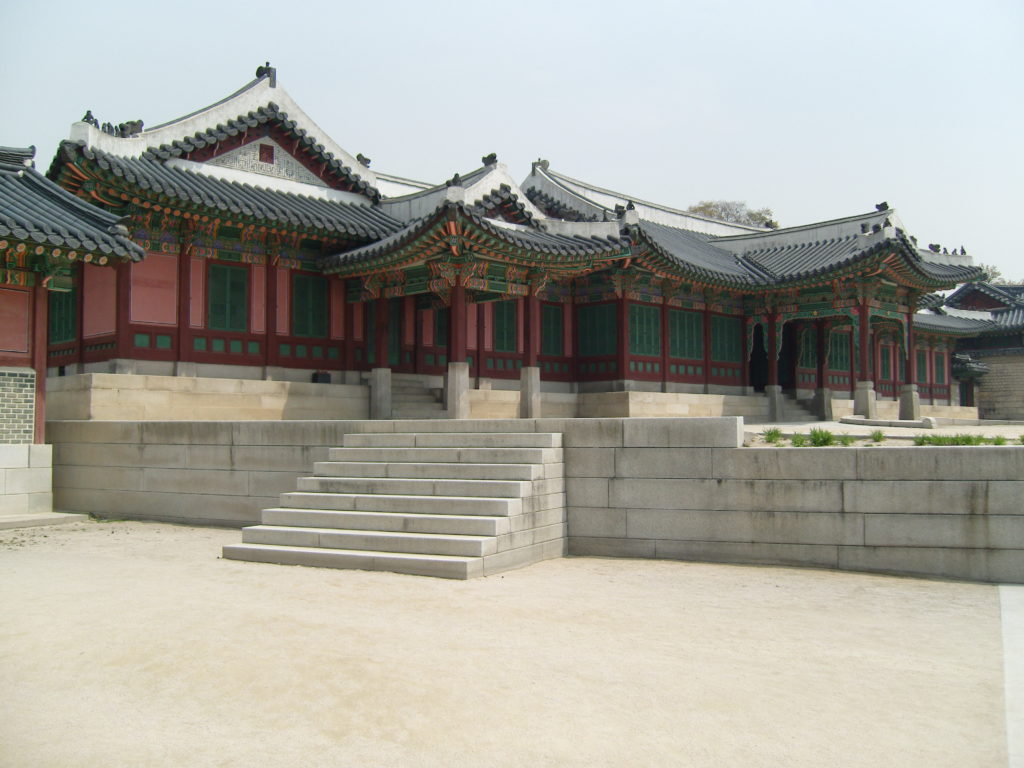 Daejojeon Hall is the official queen’s chamber. The hall was destroyed in a fire in 1917 along with Huijeongdang Hall and rebuilt with materials from the Gyeongbokgung Palace due to a material shortage. 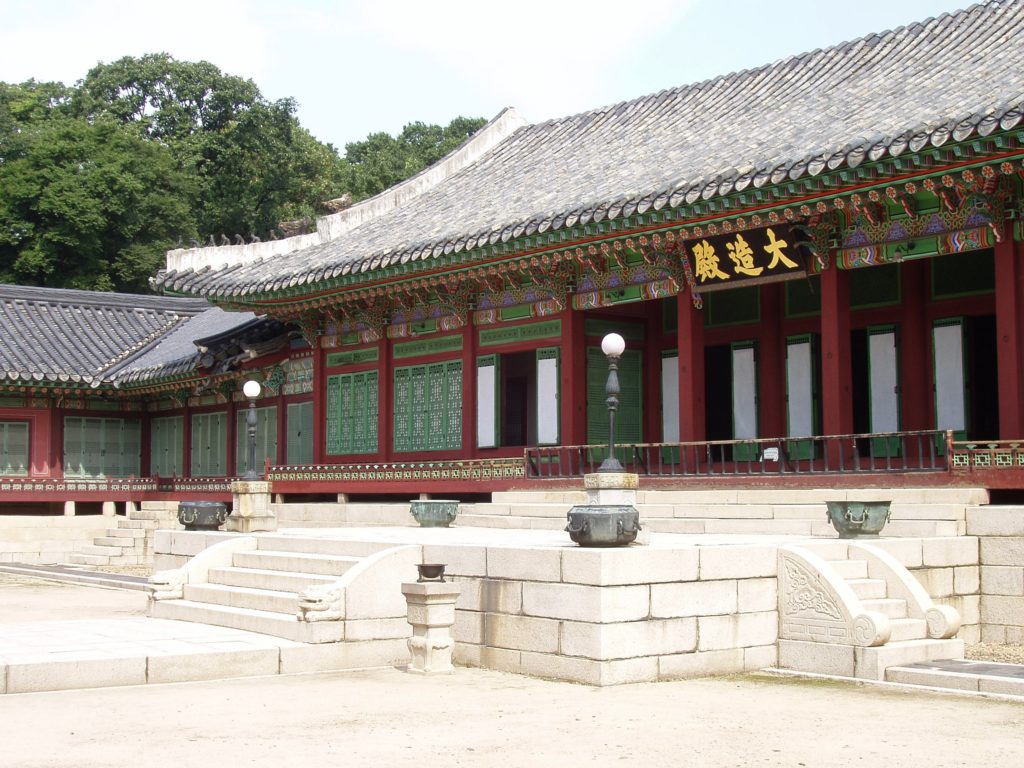 Kyujanggak is the royal library where the government official entrance exam was conducted.

Getting to Changdeokgung (창덕궁) Palace

There are several transportation methods you could take to the Changdeokgung Palace. Check your starting point to figure out the best way to get to the palace.

Subway
If you are taking the subway system, take Seoul Subway line 3 and get off at Anguk Station using Exit 3. Then, you can walk straight from the exit heading east until reaching the palace entrance. The walk should take about 5 minutes.

Bus
There are several bus lines you could take to get to the palace. For all bus lines, get off at Changgyeonggung Palace stop.

If you are using a wifi hotspot, enter the following address to locate the palace. Note that as you get out of the subway and near the palace, there are signs in English directing visitors to the palace.

Changdeokgung Palace operation hours vary by season. They are open longer for spring, summer, fall and shorter for winter. However, visiting the palace during winter time might be optimal for some as there are fewer tourists. Please note the Palace and the Secret Garden are closed on every Monday.

The admission fee for the Palace and the Secret Garden are separate.