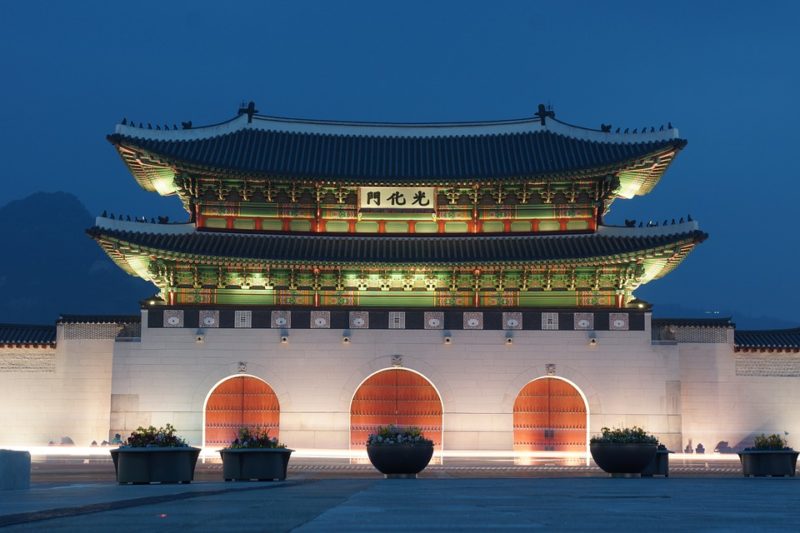 Last Admission is 1 hours before closing. Gyeongbokgung Palace is the largest of Five Grand Palaces in Seoul and is also called the Northern Palace due to its location relative to the neighboring palaces. Built in 1395, it was the heart of the Joseon Dynasty in Seoul.

You can stroll through different halls, gardens, and pavilions with complimentary maps or book a guided tour available in Korean, English, Chinese, or Japanese. Due to vast size of the palace grounds, there are plenty of places to get away from the crowds of the city to take photos and enjoy the scenic environment.

Some popular activities near the palace include renting a hanbok or traditional Korean garment.

You can also take photos with the guards in front of the palace who are dressed in ancient soldier’s uniforms.

From within the palace, you can take a peek at Korea’s Blue House where the president resides.