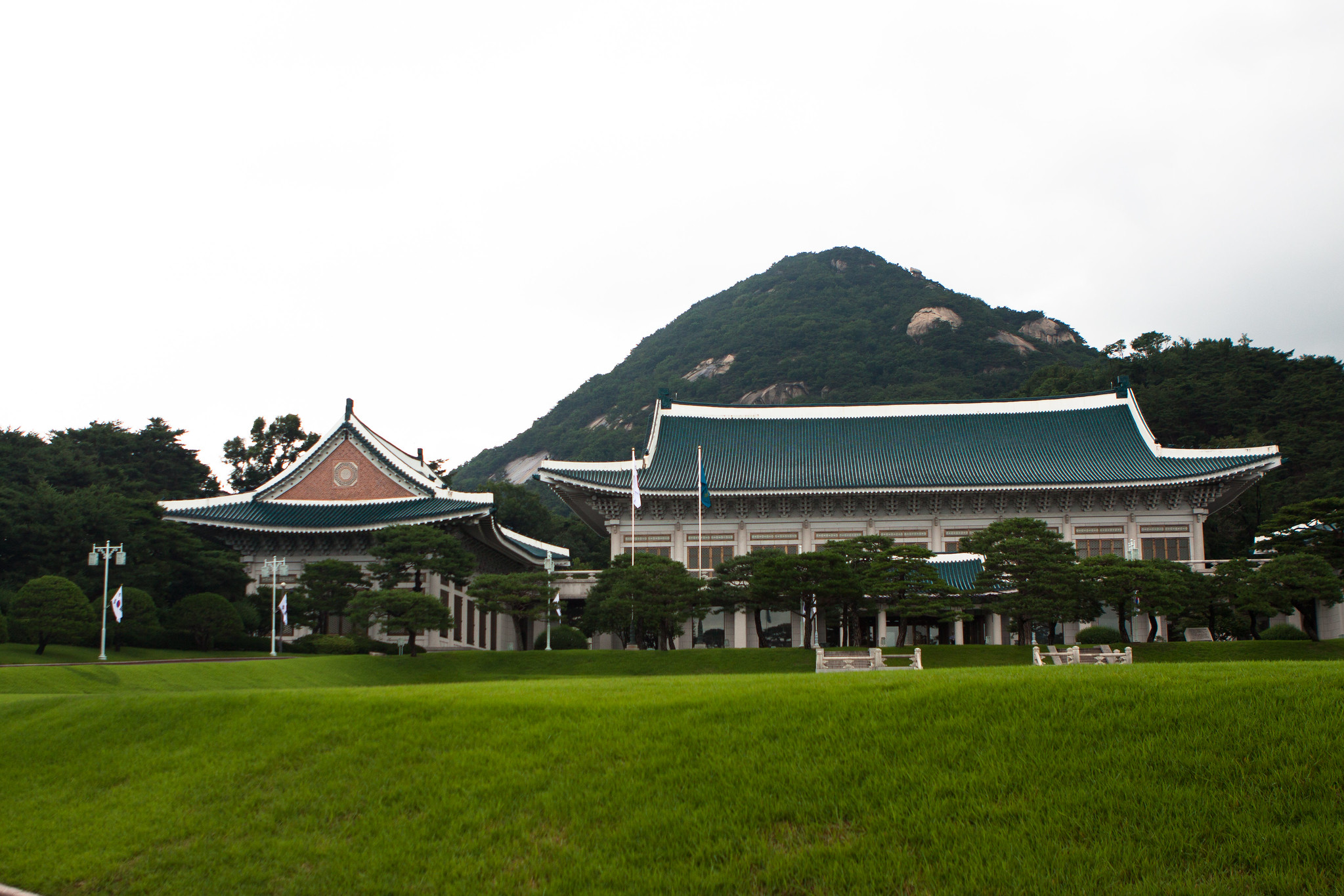 The Blue House, also known as Cheong Wa Dae in Korean, is the official residence of South Korean presidents. The residence derives its name from its roof made of blue tiles. Due to the security threat from neighboring nuclear-armed North Korea, The complex is considered the most protected building in South Korea, if not in the entire Asia continent. It is also an architectural marvel with a combination of modern and traditional South Korean architecture. Its beauty and grandeur have made it a top tourist attraction in the country as many tourists visit it yearly.

In 1910, Japan annexed South Korea as part of its imperialism campaign. Then, they constructed what is now the modern Blue House in 1939. The building served as the official residence of the Japanese Governor-General who ruled South Korea during that period.

The building remained the official residence of the country’s president when it gained independence in 1948 following the defeat of Japan in second world war. During the first twelve years of independence, it was called Gyeongmudae. The name was given to it by the country’s first president, Dr. Syngman Rhee. It is only in 1960 that the building’s name became Blue House or Cheong Wa Dae. It remained largely unchanged until 1990 when a new building was added to the complex.

Blue House is located in the nation’s capital, Seoul. Its location is in one of the most beautiful places in the city. There are mountains both on its south and north. Its strategic location historical would have given the royal family enough time to escape in case of an invasion. The surrounding mountains, Bukhansan, Naksan, and Iwangsan symbolize the Azure Dragon and White Tiger that protect the site. To the south of the complex is Mount Namsan which is considered the capital’s protector. Just at the front of the complexes flows the Han River and Cheonggyecheon stream. A combination of these beautiful natural features and the architecture of the building makes the Blue House a sight to behold. 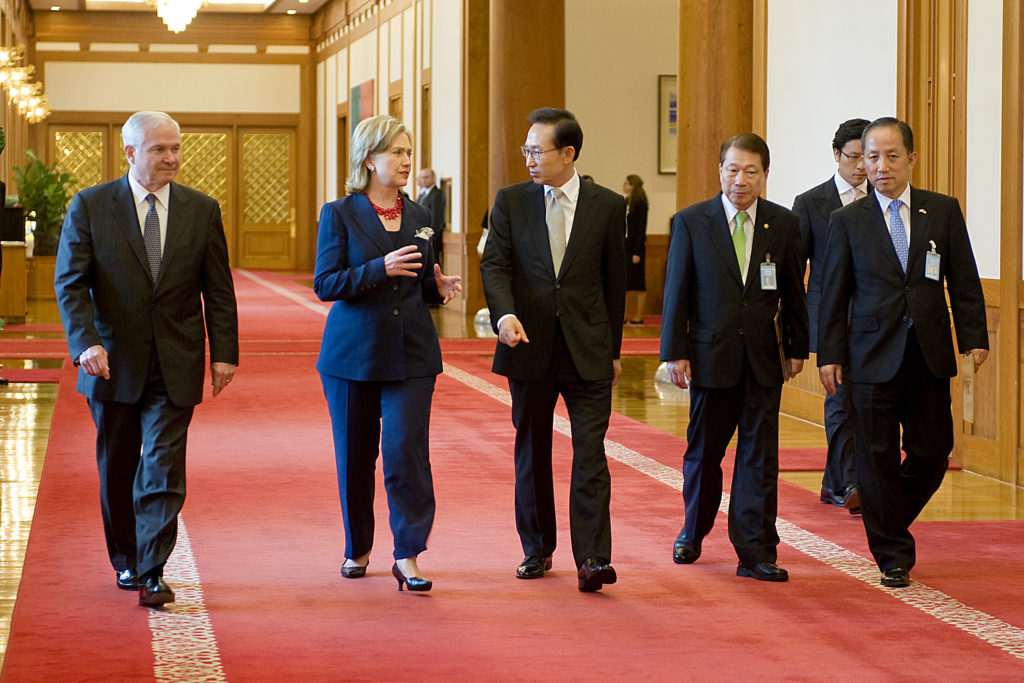 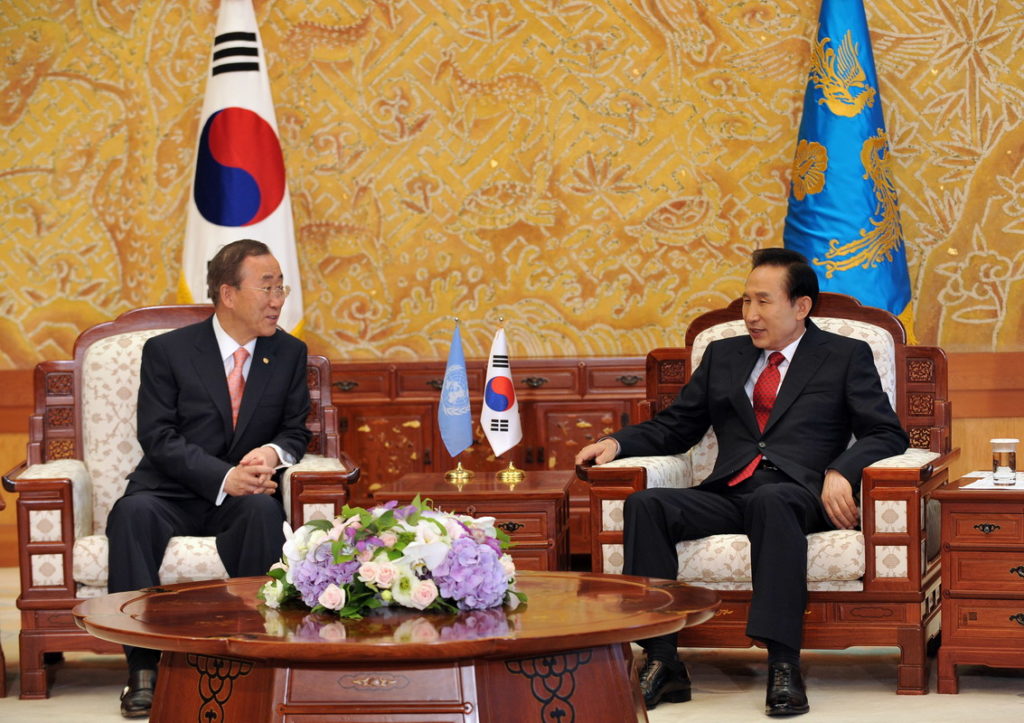 Unlike other official presidential residences such as the White House in the U.S., the Blue House is not a single building. Rather, it is a series of building complexes. The Main Office Building, completed in 1991, is the main attraction of Blue House today. It consists of a large central building flanked on its right and left by two smaller single-story buildings. All of them have blue tiles. Each room in the Main Office Building serves a specific function. For instance, Jiphyeon hosts summit talks while the Sejong Room is the venue for cabinet meetings. Outside the main office building is a sprawling lawn called the Grand Garden. It is where outdoor events are held.

Apart from the main office building, another Blue House attraction is the Stage Guest House. It is used for holding large meetings and hosting foreign guests. It is a two-story building with the first floor serving as a reception room and the second one as a dining room. The building is famous for its interior decoration which was done using South Korea’s national flower, Rose of Sharon.

Another attraction is the Official Residence which serves as the president’s family home. The residence is composed of the main building, men’s quarter, traditional garden, and a detached reception hall. All these structures have traditional South Korean hipped and gabled roofs.

Other complexes one can visit while in Blue House include the Sangchunjae which is used for holding unofficial events and receiving foreign guests. It is built almost entirely of wood. There is also Nokjiwon which is a garden with more than a hundred tree species. Then there is Chunchugwan which is Blue House’s press center. The building can accommodate close to three hundred journalists.

The majestic beauty of Blue House makes it one of the main tourist attractions in Seoul, and indeed South Korea. However, unlike other tourist attractions in South Korea, it is a relatively difficult place to visit due to security restrictions. Tours to the Blue House have to be made in advance. Bookings should be made at least three weeks in advance. However, due to the immense popularity of Blue House as a tourist site, it is advisable to book as far as five to six months in advance. The bookings are often done online. All a visitor needs is a passport. One should also carry the passport on the date of the tour because without one you cannot be allowed in by security personnel.

To get to Blue House one can use subway or bus. When using the subway at Gyeongbokgung Station subway line 3, one should take exit 5 to the Gyeonbokgung Palace Grounds. One can also use the Blue or Green Bus at the Gyeonbokgung stop or Village at the Bubryunsah Temple Stop. Visitors are usually taken around the complexes in a tour bus. The whole tour takes at most one hour.

South Korea is one of the most technologically advanced countries in the world. It is also a country that places a lot of premium on its culture, traditions, and ancient heritage. It is, therefore, a country that has managed to fuse modernity with its long ancient heritage. Blue House Korea is a symbol of this fusion. It has managed to fuse modern and ancient Korean architecture into a building complex of unimaginable beauty and grandeur. You’re definitely going to fall in love with the building and its surroundings when you visit it.