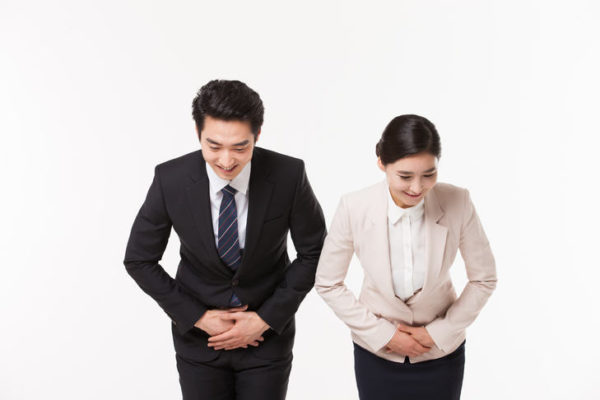 After many preparations, your visit to Korea might be getting closer. While you work to prepare all the essentials for your trip, such as hygiene supplies, travel documents, etc; it’s important not to forget to do some research about the locations you will be visiting and; of course, the Korean culture and basic etiquette.

Being acquainted with Korean culture will come handy when you have to interact with the locals and is a sign of respect as well. Korean culture is deeply influenced by Confucianism, which can be very different from Western manners. Learning the basic etiquette will help you understand the country better and connect with its communities smoothly.

In this article, we mention the basic etiquette to have when visiting Korea.

Table manners can be quite important in Korea. Sharing a table is a way to interact and become closer to others. If you are eating out with a group of people around your age, you can be a bit more comfortable, but if you are sharing a table with older people, be mindful of a couple of things:

Depending on where you are visiting from, you will realize that the subway can get full of people during rush hours; and yet, people don’t interact with one another and try to keep the noise down. The subway is constantly running ads about the basic mannerism in public transportation, including having short, quiet phone calls, not blocking the stairs for others, etc.

Other travelers may think that the locals are standing too close while waiting in lines, but you will likely never see a Korean coming as close as to touch you. Koreans are very mindful of respecting people’s personal space and do not hug unless they are family or close friends.

In fact, being mindful of someone’s personal space is a way to show respect. Korean idols are known to have a “floating hand” when posing with other female celebrities for pictures; in this way, they do not touch them and invade their space.  Others might take this as a peculiar mannerism, but this is well perceived in Korea.

Although Koreans are careful with physical interaction, you’ll also notice that in the midst of cramped streets, it’s likely that you will get pushed while walking without an apology. This is a peculiarity of the fast-paced lifestyle of the locals.

So, to wrap up this section; don’t be noisy in public transportation and don’t invade people’s personal space, especially if you just met them.

Whether you are hanging out with friends or are in a co-working environment, you will realize that hierarchy is very prevalent in Korea. Ranks are usually based upon age or job position. This is why one of the first questions a Korean will ask you is: How old are you? They are trying to be considerate to you in the case that you are older than them.

This emphasis on respecting the elder and rank positions originates from Confucianism and is prevalent in modern Korea. You will see the importance of this during lunch meetings or while conversing with people older than you.

If you are eating out with Koreans, you’ll realize that the oldest member takes care of the bill and that the youngest will help out with tasks such as setting the table. Be mindful of this, and try to be polite to people who are older than you.

Koreans aren’t straightforward in their communication style. When trying to communicate something that bothers you, try to do it in a nice, indirect manner.

For instance, Korean teachers might not tell you: “you are distracted and not paying attention”, but instead they would say: “aren’t you a little too unfocused?”

Learning to pay attention to the subtle or implied message in a conversation, will let you understand what Korans are trying to communicate.

To understand the locals better, listen to their tone of voice and body gestures.

Receiving With Both Hands

Another way to be respectful in Korea is by using both hands. Important documents such as business cards, money, credit cards, etc, must be received with both hands, and if you are passing documents use both hands as well.

You will even realize that some people put one hand holding their opposite arm to pass you something and this is considered very polite. Use both hands when interacting with people older than you.

Being punctual is important in Korea. Depending on where you come from there might be some leisure time in your country. People might be 10 to 30 minutes late, without others taking it so seriously, but this is not the case in Korea.

If someone agrees to meet you at 1:00 p.m they will be there at that time and will consider it impolite if you don’t show up on time.

This importance of punctuality is demonstrated in the Korean subway system. Each train arrives on time and gets you to each station at the scheduled time, without delays.

So, try to be on time to create a good impression.

Why is Etiquette Important?

Being polite and learning the basic etiquette of other cultures is a way to show respect and appreciation. It will create a harmonious environment for everyone and is an easy way to bond with others.