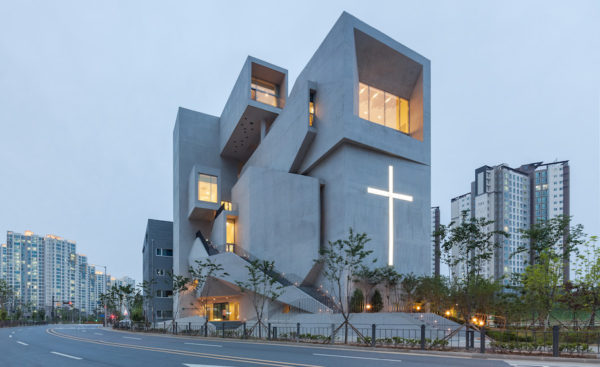 In your visit to South Korea, you will see different types of churches, architecture, and cross signs on top of buildings. In the midst of this, you may wonder what religions they represent and what most prevalent beliefs are in the country

Korea is a country that can be considered half religious and half non-religious. While the majority of the population declares not to have a religion, the rest of the population still accounts for millions of people.

While some countries have a single religion that is dominant, many religions coexist in Korea. If you are curious about what the religious beliefs are of Koreans; in this article, we briefly introduce the types of most common religious beliefs in the country.

How many people are religious in Korea?

According to the 2015 Korean Statistics, 56% of the population in Korea don’t have a religion while the remaining 44% practice one of the main established religions which are:

The majority of the population is nonreligious in Korea, while the rest practice does practice a religion. Religion blends into societal activities in the country, it can be common to meet families that attend mass on Sundays or that practice a particular tradition.

Not only that, but as seen in many Korean dramas or movies there are some shamanistic beliefs still present in the country. Before the structured religions and beliefs such as Confucianism and Buddhism were introduced in the country, shamanism was one of the main doctrines practiced; as a consequence, some Shamanistic traditions syncretized with the current religions.

Protestantism accounts for 45% of the religious population in the country, which is almost half of it.

Buddhism entered Korea through China. It became the state official religion until it was replaced by Confucianism, but it prevailed after surviving persecution. Now, religious freedom is protected by law in South Korea.

This religious movement became widespread when it was accepted in one of the three Kingdoms existent in ancient Korea around the 4th century. The Kingdom of Goguryeo was the first to come into contact with Buddhism and when it unified with the other two Kingdoms, Baekje and Shilla, the doctrine became the standard for the entire country being declared the state religion.

As time progressed, Buddhism in Korea adapted to add features of the country and continued to increase its popularity during the Goryeo dynasty ( 918 – 1392 AD) with many Pagodas( Hindi or Buddhist temples) around the country. However, the introduction of Confucianism during the Joseon dynasty (1392 – 1910 AD) challenged Buddhists. During this time many restrictions were established for Buddhists in Korea even forcing some monks into marriage.

The religious doctrine managed to survive through history with temples located at remote mountains and withstanding the challenges of war. It’s important to mention that Buddhism in Korea has implemented some regional beliefs and it focuses on Seon, which can be considered as the Korean form of the Western “Zen”.

Catholicism entered Korea in the late 18th century through Koreans who were envoys in China.

Similar to Buddhism, Christianity entered Korea through China According to records, Korean envoys learned about Christianity in China and brought scientific instruments made by priests along with reading materials back to their country. This happened even before missionaries or priests began preaching in the country.

Given the evident differences between Catholicism and Confucianism, mainly differing in the concept of resurrection. Catholicism suffered persecution in the Joseon dynasty, but the doctrine managed to survive through wars until the country gained the freedom to choose a religious belief.

If you feel like visiting a Korean Catholic church you can spot one of the biggest cathedrals in the Myeongdong area. The Church for Archdiocese was the birthplace of Catholicism in Korea and is the house of the remains of Korean and French missionaries who made an impact on the introduction of the religion in the country.

Along with the structured religious doctrines, there are indigenous religions that have been inherited from ancient times and that have a prevailing role in Korean society. This means that even people who are Catholic or Protestant may incorporate some traditions rooted in these ancestral beliefs.

Shamanism is one of the South Korean ancestral beliefs that is seen in folklore shows and traditions such as ancestral worship rituals like Chuseok or when people consult with fortune-tellers.

Shamans act as a bridge between the spiritual world and the mortal world. They communicate with spirits to help people fix misunderstandings and assist them in any issue that they might have. Korean shamanic practices are colorful, including dancing and musical instruments.

Importance of Religion in Culture

If you are going to visit historic places in Korea, you will be able to see that religion has always been present, making an impact in the country. Whether in Confucian scriptures carved in constructions or Buddha statues on mountains that even non-religious people visit for trekking.

With the passing on time and as the country becomes diverse, there is the possibility of the inclusion of other religions. For instance, although a minority, Islam is also present in Korea with an approximate of 200,000 Muslims.

The Central Mosque in Itaewon is also visited for touristic purposes and you can even book a tour there.

Understanding a country’s religious beliefs can help you understand the locals and connect with them better. Even nonreligious people in Korea practice some rituals such as the ancestor worship ritual in Chuseok that originated from Confucianism. This has become a tradition rather than necessarily the most religious practice.