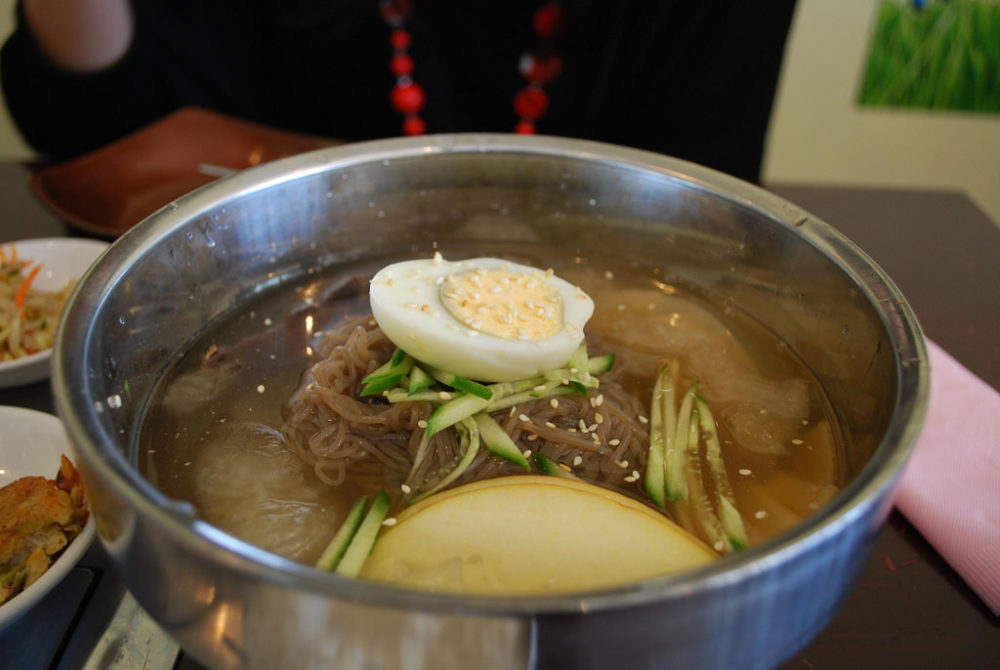 Naengmyeon is a popular cold noodle dish in Korean cuisine and it features long, thinly stretched buckwheat noodles in a tangy broth. Naengmyeon literally translates into cold noodles in Korean. The dish stands out among other noodle soups due to its sweet and tangy flavor as well as the way it is served cold. In summertime, some naengmyeon restaurants even put frozen broth into the bowl so that it stays cold longer. 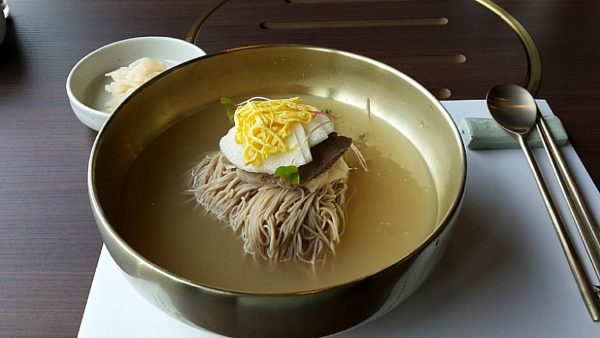 The origins of Naengmyeon come from north in the Korean Peninsula in cities like Pyongyang but the dish traveled throughout Korea after the Korean War. The long noodles are likened to the longevity of life and traditionally would be eaten without cutting but nowadays, bowls of naengmyeon come with scissors for cutting is need be.

Mul Naengmyeon means water cold noodles and it is made from buckwheat noodles in a beef or pheasant based broth. It also uses a broth that contains dongchimi, or Korean radish which provides the refreshing side of the broth. Additionally, vinegar, sugar, and mustard oil is added into the broth to adjust it to one’s liking.

Bibim Naengmyeon means mixed cold noodle and is usually topped off with raw fish, a hot pepper paste sauce, vinegar, sugar, and sesame oil. The toppings are all mixed in with the noodles for a dry noodle dish with a bright red color from the pepper paste. 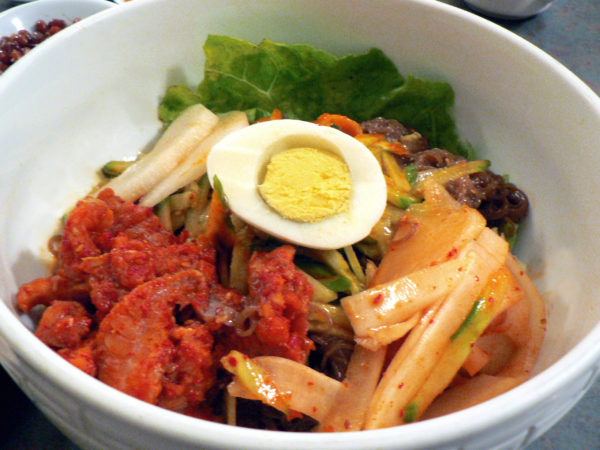 This recipe is a variation of how traditional mul naengmyeon is made. Due to the lack of dongchimi available at most American supermarkets, this is a good alternative to get a close end result!