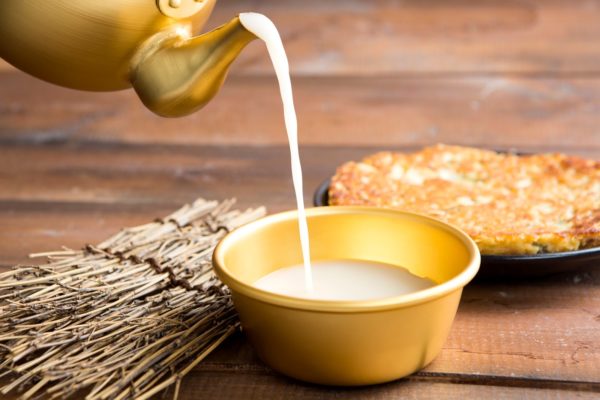 막걸리(Makgeolli), is a traditional Korean alcoholic beverage, with only 2 ingredients, Rice and 누룩(Nu-ruk), and that’s not an exaggeration. It is the oldest Korean alcoholic beverage, dating as far back as the first century BCE, and was popular in all three kingdoms (신라 (Silla), 백제 (Baekje) and 고구려 (Goguryeo)). This is evident in the 제왕운기 (Jewang-ungi (Songs of Emperors and Kings)) there are passages denoting that Makgeolli was consumed by 동명왕 (King Dong-Myeong) during the creation of 고구려 (Goguryeo). There are many mentions of it, the King of the Silla empire, 수로왕 (King Suro), brewing a “Cloudy rice wine” however they named it 요례(Yo-ryeh). These are just a few honourable mentions, though the list is rather quite extensive, from texts written by travelling Japanese scholars and dignitaries, to Chinese artisans and soldiers. They all agree on one thing, The Three empires of the first century, were all brewing and fermenting rice, to create cloudy wine. 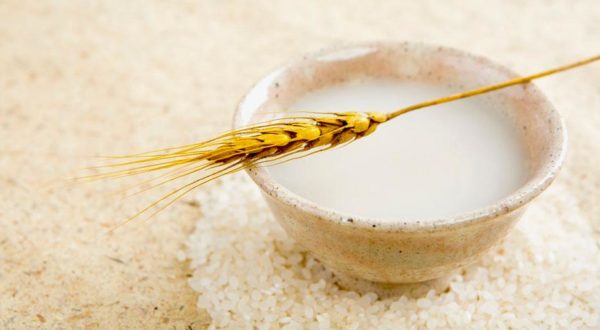 Makgeolli was traditionally made with just 2 ingredients, Rice, and Nuruk (누룩), however for companies to mass produce it to sell more and keep themselves afloat, they swapped to less traditional fermentation starters, plus watering down the drink itself, leading many to abandon it for a different Korean staple in the alcoholic spotlight, So-ju (소주). That said, it is still one of the most consumed alcoholic drinks, and it’s price is cheap too, a 700ml bottle costs a little over a U.S Dollar and at 9% proof, that’s a lot of bang for your buck.

Recently in the last few years, the urban youth has been consuming more and more Makgeolli causing a sudden surge in popularity and a boost in the market. Some companies have even sprung up creating high-end novelty drinks, in the traditional way, free of additives or preservatives. In 2017 there were at least 700 micro-breweries dedicated to fermenting Korea’s oldest drink. It is also believed that there are health benefits to drinking Makgeolli, but I imagines, much like wine, a little goes a long way, and consumed with food so the damage of alcohol is reduced is the way forward, I in no way condone pounding down 5 bottles because you heard that it is good for the digestive tract.

How it is consumed in modern day and in what setting?

In Korea, it is not something out of ordinary to find a bar with retro themes. And often times, they sell Makgeolli, or even house crafted ones. Just like how crafted alcohol beverages are being considered something “hip” in Korea, the culture of Makgeolli has been changing dramatically as well. There is no particular setting or tradition for this drink, but in the retro themed bars mentioned above often use a copper bowl as a glass and a copper kettle to serve the drink. Those are for maximizing the drink’s blue-collar vibe.