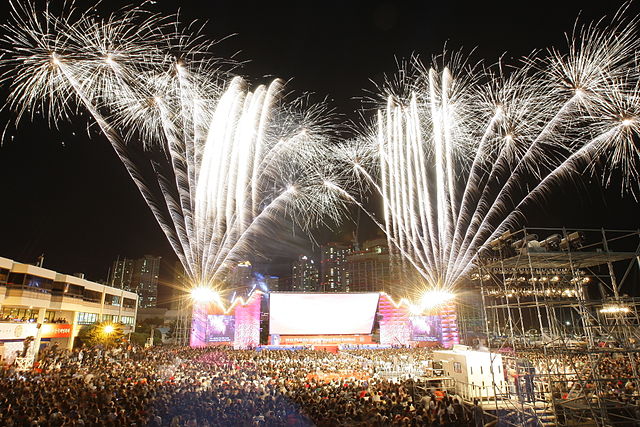 This major international film festival in Korea has managed to gain acclaim in the world cinema and also for the film patrons. The films which are shown in the film festival are in a range of genres which easily appeal to all tastes and preferences of people. The film festival has grown in size and how draws in crowds from all over Asia and the world. It is advised that tourists interested in attending the festival secure tickets and make bookings of accommodations early. This is deemed to be one of the most well-attended film festivals held in Asia. There are a variety of genres and it is a good opportunity to connect with artists through basic human emotions through film. Also, tickets are pretty affordable ranging from KRW 6,000 to 20,000 per ticket which is around $6 to $20 USD. The categories of tickets are for different events such as general admission of film screenings and opening and closing ceremonies.

Originally, the film festival was started in 1996 and it has managed to continue every year making it one of the most popular, elite film festivals in the world. The focus of the film festival is to introduce up and coming films and also first-time directors from Asian Countries. The event was originally created with the intent of introducing Korean cinema and talent to the global audience. The first international event was a huge success owing to the energetic audiences and passionate film makers. Another important feature is the appeal this film festival has for the younger demography as a fundamental feature of this film festival is to make the people more aware of the newer emerging talent. The last Busan International Film Festival was held in October 2018 in the Busan Cinema center and 324 films from over 75 countries were screened at the festivals. These included 115 world premieres and also 25 international premieres. This film festival not only promotes the movies and newer directors, it also showcases the local culture to audiences from across the world.

One of the most significant aspects of the Busan Film Festival  is the street food which is sold by vendors during the film festival. There is a wide selection of foods which can be purchased in the Jagalchi Market which is near Gamcheon Culture Village. It also has a scenic coastal area next to the Haeundae beach. This is one of the must-see festivals when tourists choose to visit Korea if the time is right. It celebrates the heritage, innovative and eclectic spirit of Koreans. The Busan International Film Festival is a great way for the world to connect with Korea.