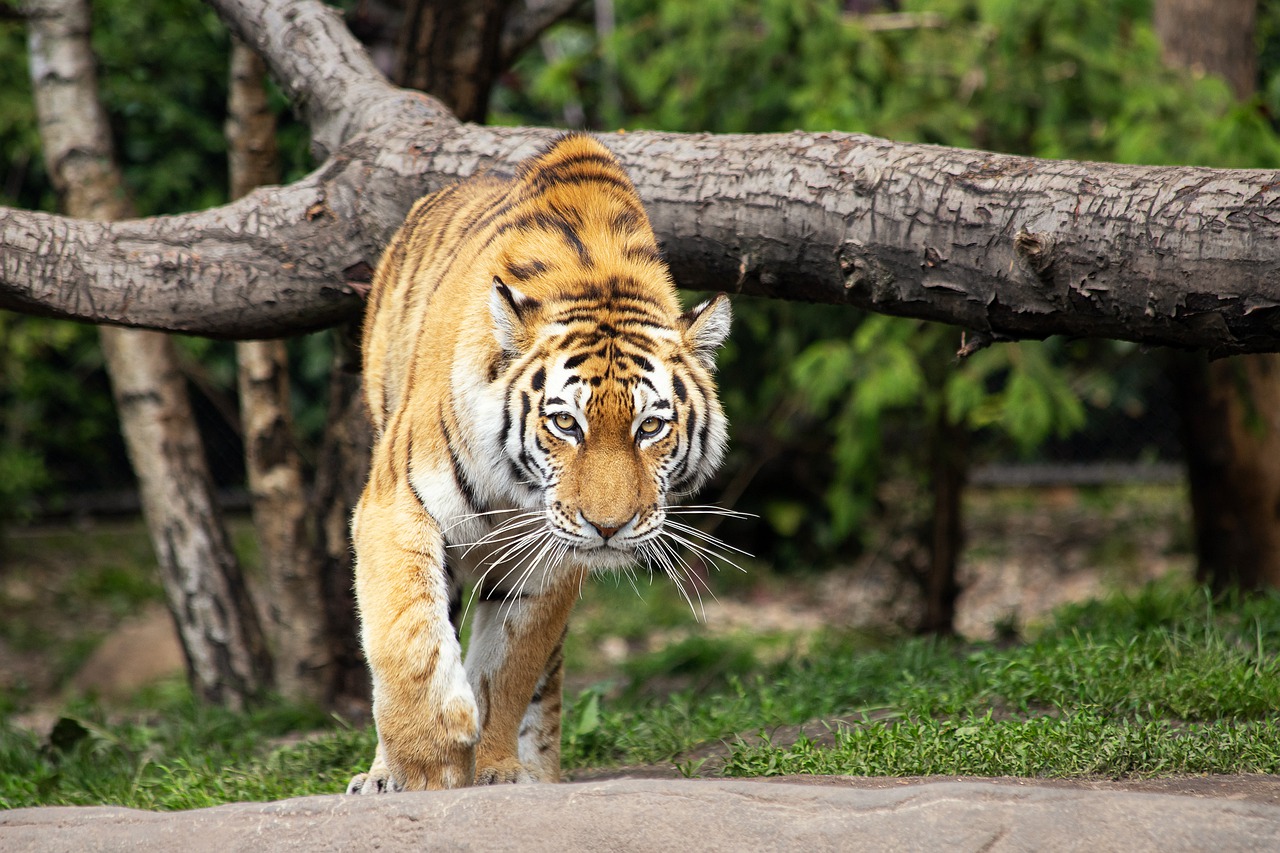 South Korea is home to some fascinating animals. While it is recorded that there are over 18,000 species of animals (including insects as well), there are some that are strictly native to the country. A lot of them are considered endangered, but some can still be seen in the wild. Due to South Korea being surrounded by water on three of its coasts, some of the animals include sea life. 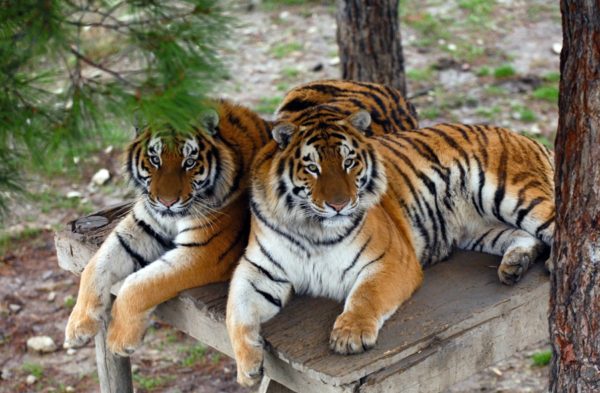 Also known as the Amur tiger, this animal is considered to be South Korea’s national animal. Currently, none of them are left in the wild. They are widely popular in zoos in significant efforts to conserve their species. They are historically the largest cat in the world and can weigh up to 600 pounds. They average about 77 inches in length from tail to head. They have distinct markings, black stripes flanking reddish-orange and white fur. This aids in their ability to hunt at night. They are carnivores, like the cat species in general. They originated in Russia and migrated through China. 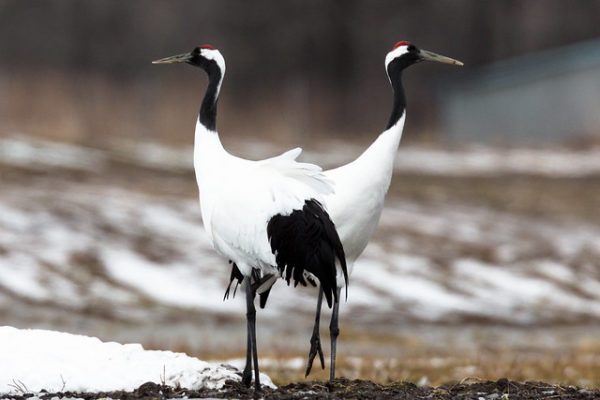 There are two cranes known to South Korea. These include the red-crowned and white-nape. Each has unique looks to them. The crane is a symbol for luck in Korean culture. The red-crowned crane obviously has a red patch upon its head. It has a bright white body with vivid black wing tips and neck. This is in the male bird, the female does have grey in the black spots of her body. This is a commonplace thing for birds, as males have to attract the female for mating. Red-crowned cranes generally are between 4ft to 5ft 2in tall.

The red-crowned crane is found within wetlands and rivers. They are omnivores and primarily eat fish and salamanders. They are also known to eat shrimp, snails, and dragonflies. Those are just to name a few. These cranes typically weigh 16 to 22 pounds. 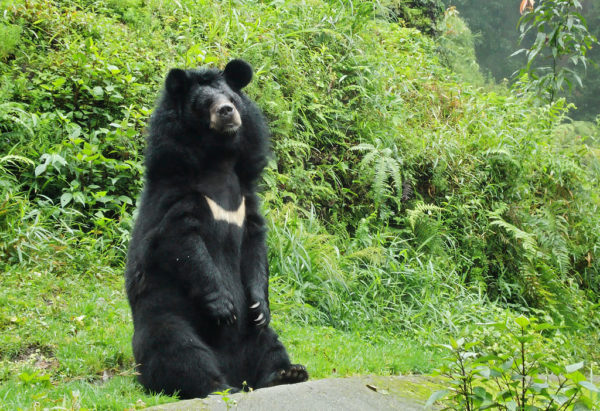 This well built, yet slender tree-dweller is also called a ‘moon bear.’ This is due to the dark black fur and the ‘moon’ or ‘V’ shaped white patch on its chest. It has an average weight of about 300 pounds. It is known to be aggressive to humans trying to trap them. But only if they’re threatened. They will be found in forests, due to their desire to be arboreal (or live in trees).

The Asian Black Bear is known as an omnivore. Specifically, they feed on eggs, insects, bees, termites, along with fruits, nuts, and different grasses.

Korea is making significant efforts to conserve this beautiful bear. As of April of 2018, there was reportedly 56 in the wild. This is due to successful breeding from conservationists. They are primarily local to Jirisan currently.

They are dark coarse furred animals and are quite large. They are known to reach a weight of 220 pounds, for males. Females are usually smaller, but not by much weighing in at around 180 pounds.

Wild boars feast upon bird eggs, fish, rodents, mushrooms, which are among a list of many. They find their food in the wooded areas they inhabit and from streams of water. 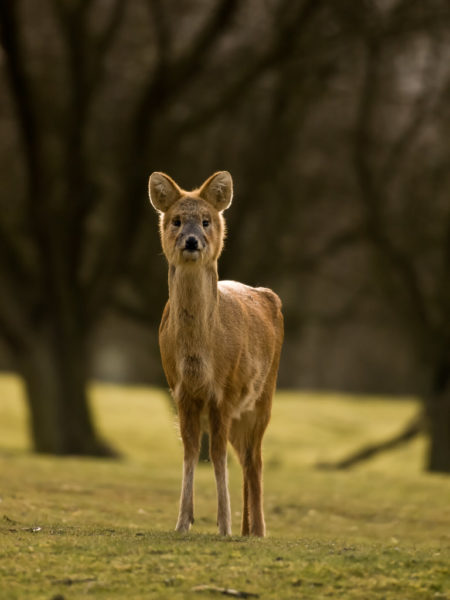 The water deer has longevity like the wild boar in South Korea due to the predators being endangered. This has to lead to larger populations and herds.

These mammals are closely related to musk deer. They are small framed with light brown fur. They are offered coined as “vampire deer” due to having tusks coming from their mouths. This is an evolutionary growth due to the lack of these deer have antlers.

The water deer are considered harmful animals due to their destructive nature. In the human world, that translates to them destroying property or farms.

Their weight is about 31 pounds. They measure approximately 3 feet in length. They are strictly herbivores with their diet consisting of fruits, grass, weeds, and more.

This grayish purple and black whale is the second smallest whale in the world (right behind the pygmy whale). It only weighs about 9.8 long tons. It only measures 23 feet in length. It can be found in the waters surrounding the coasts of South Korea.

They have the general diet of most whales, krill, eels, and similar things. However, Killer whales are known to prey on minke whales.

The tiger is not the only big native cat to South Korea (though it is the largest!). The lynx is a fit cat with thick gorgeous fur. Its fur is a barrier against harsh winter temperatures. The lynx’s coat is sand brown with dark brown spots. They have short stubby tails instead of the traditional long tail of cats. While tigers weigh up to 600 pounds, the lynx rarely is more than 80 pounds. This makes them more nimble and quick. They measure about

They are very stealthy and will rarely be seen in the wild. However, they are known to be seen to around northern forests. In the woods of South Korea, the lynx hunts hoofed mammals and hare, making them vicious carnivores. 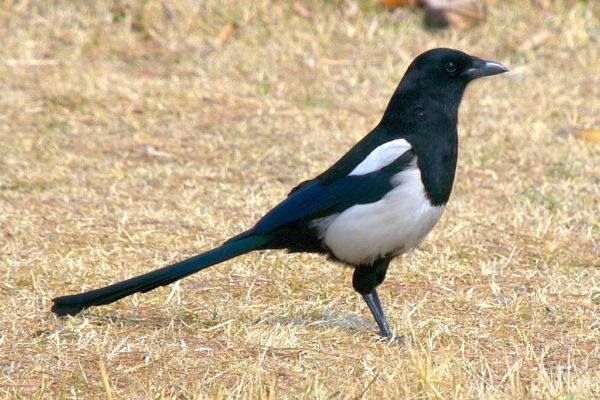 Magpies around the world are linked to unlucky events and are portrayed as ugly birds. While magpies are not particularly unique to South Korea, their species of it, the Korean magpie, is quite cute. The Korean magpie has a white torso and an all-black head with black wings. It is still related to the crow obviously but looks much different than typical crows.

These small birds are very light in weight, only 180 grams or not even a half-pound. This variation of the crow only lays 6 to 7 eggs a year. Another interesting fact about the Korean magpie is that once a couple has been established (male and female), they generally stay together for their lifetime. Not too many birds do this.

They are omnivores, eating insects, fruits, human food, and vegetation. However, this is only in the South Korean region. This type of magpie exists in other countries, and their diet will differ depending on where they are located. In South Korea, the Korean Magpie is known to frequent the Korean Peninsula, urban areas, and shallow laying mountain ranges.

While most of the above-listed animals are generally in the wild, there are zoos and aquariums in South Korea as well. They typically exhibit animals from all over the world, but in substantial efforts to address the endangered animals, these facilities have some of them on exhibit. There are more aquariums than zoos in South Korea, but both are viable choices for seeing animals.

In Gwacheon, the Seoul Grand Park Zoo offers an adventure-packed day. They don’t only feature the zoo (including a children’s zoo) but also a rose garden and an amusement park. Their zoo is home to about 2,600 animals ranging from mammals to reptiles. They have exhibits of animals from all over, but most importantly, they do house their native animals too. Like most zoos around the world, Seoul Grand Park Zoo is dedicated to the endangered species list. This has lead to determined efforts to preserve and protect a lot of their native species.

Just last fall, Seoul Grand Park revealed the birth of 4 Siberian tiger cubs. This is a significant step forward in raising the population of the national animal. Seoul Grand Park is easily the best choice for a peek at South Korea’s native animals.

With over 600 marine life species, the Lotte World Aquarium is a popular choice among residents and tourists. They strive to bring the ecosystem to life and host many different programs for guests to learn about their exhibits. This location is also apart of Seoul’s “Disneyland,” Lotte World, a theme park.

Jeju Island is an extensive threshold of animal life in South Korea. It has lots of bird species in their natural habitats. But most impressive is their aquarium life at Aquaplanet. Regarded as the most beautiful aquarium in South Korea, this location is dedicated to sea life.

Not only does this location cater to marine life, but also features reptiles as well. It has three floors of exhibits, each with cafes too. They take the ocean adventure to the next level by also offering the guests a “touch tank” experience. This is where guests can touch sharks and other marine life.

Samjung Park thought noted for being on the small side, still has significant exhibits for its guests. More specifically, they have the Asian Black Bear on exhibit here. This gives guests a chance to see the beautiful bear in a safe environment.

This unique exhibit features more than just a zoo with tigers, wolves, and more, but also a bird land with many exotic birds. They have events for guests like the feeding of individual animals. With over 130 different animals, there is plenty to see here.

The crane, as mentioned before, is generally in the DMZ area of South Korea, leading into North Korea. In efforts to conserve this species, in recent times, the Cheorwon plain which is directly south of the DMZ is being utilized. This area is being designated as grounds for cranes to be safe. It is currently in the works to create an International Crane Foundation. This will help ensure that the cranes are being monitored as they are lessening in their population. While it isn’t a tourist spot, it is commonplace to see the gorgeous birds.

From zoos and aquariums to sightseeing in nature, there are plenty of opportunities to spot some of South Korea’s most famous animals. Tourists and residents can really indulge in these unique animals in these various ways.