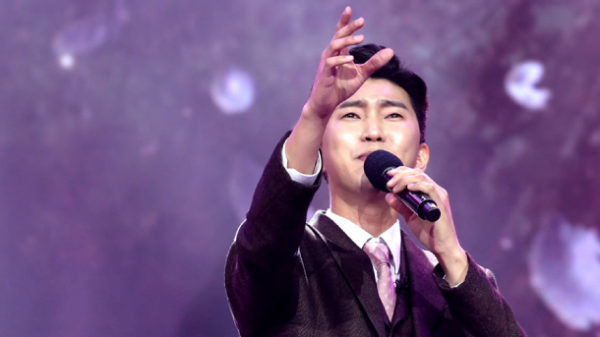 In Korea, there is a sudden rise in the popularity of Trot as a genre of music from reality TV shows to chart hitting tracks, but what exactly is it and why has it gripped Korea?

Trot – What is it and where does it come from?

Trot is a genre that originated deep in Korea’s history. Before the divide, Korea was united as one nation but under Japanese Colonial rule. Trot was the style of music popularized by Japanese and later U.S soldiers as Korean men would perform it in clubs, bars and on stage in front of thousands of people. The name Trot actually derives from the English Foxtrot, a style similar to the waltz for its long continuous smooth dance moves. The major differentiator here is that the Foxtrot takes place in a 4/4-time signature, as opposed to the Waltz’ 3/4-time signature. Foxtrot was very popular among the West in the 1930’s. However, Trot is much more than just a Korean derivative to a Western genre. For a long time, Trot was simply called Korean Pop Music and it wasn’t until this wave of large groups singing and dancing in synchronicity that it was renamed. There are 2 main defining features to Trot; 1, it has a 2-part beat which makes it extremely easy to dance to but is also repetitive and designed to get stuck in your head. 2, its vocal stanzas are grouped into a Seven-Five Syllable structure. For example: this sentence has both seven, and five syllables. I’ll let you count that out but I assure you, the seven syllables are before the comma, and the five are after. This isn’t new to Korea as that structure is also found in traditional poetry which is called Gagok as a syllabic structure.

What Made It Surge in Popularity Now?

It’s a tough one to say as trends tend to be fickle by nature, and they can be predicted, but it can also prove difficult to map the point of popularity. However, things that helped it along would be TV competition shows such as “Mr. Trot”: a TV show where male singers audition for a chance to compete on the national stage for the nation’s heart and then the panel of judges, as well as the nation, vote for their favorite. This show even has a children’s contest running along-side the adults. By the end of the show, the winner wins a Baeksang Arts Award for Best Male Variety Performer, as well as having thousands (if not millions) of adoring fans.

There are a lot of artists who perform within this genre, including contestant YoungTak, Na Hoon-a, Jang Yoon-Jeong and even K-pop idols have performed in this style. Acts like Super Junior, though it could be chalked up to their existing fan base, have gained a lot of following thanks to their coverage of Trot music. Either way, the Korean youth has discovered Trot music and who knows where it will go. Maybe the genre will change, or maybe K-pop will begin to incorporate it into the global Hallyu wave. It’s uncertain, but that’s okay – music is a representation of culture which is always changing and shaping into something new.