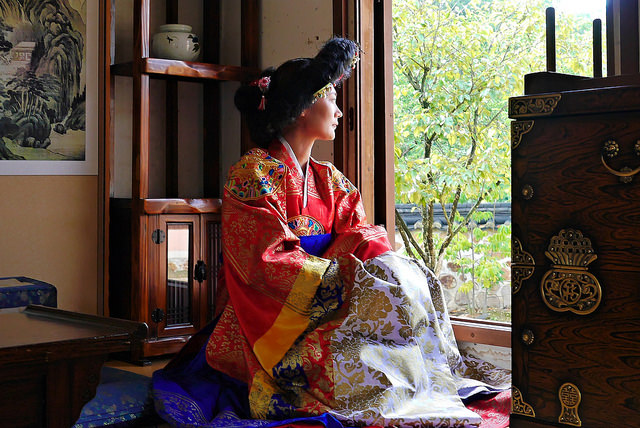 Different communities across the world embrace different traditions including what they eat, wear and how they speak. The Korean community is an example of a community that embraces the traditions and cultures passed on for centuries. One tradition that has existed for centuries among the Korean people is the use of the Korean hanbok. This post will have a look what this is, its origin and its components.

What is a Hanbok and what are the origins?

South Koreans refer to it as hanbok while North Koreans call it Joseon-ot; either way, this is a traditional Korean dress worn by both men and women to semi-formal and formal occasions like ceremonies, celebrations, and festivals. This attire mainly comprises of two pieces, the upper jacket (Jeogori) and the lower piece (Chima and Baji). As for the colors, hanboks used to be colored using natural dyes imbued in the fabric. For example, to obtain a red color, red flowers would be grounded in a mortar, then rinsed with hot caustic soda. Colors used were dependent on the social status of the wearer. Commoners wore light earth colors while the noble people wore brighter purples and reds. 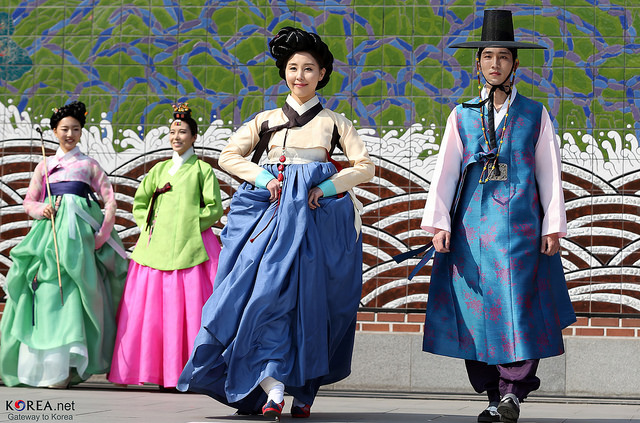 Although the traditional hanbok worn today was influenced by the style of Joseon Dynasty that began in the late 1300s, the birth of this attire dates back much farther. According to researchers and evidence found, hanboks have been found in tombs that date back to the 37 B.C-668 A.D, during the Goguryeo Era. This is estimated to be over 1600 years ago. This attire also traces back to ancient Siberia and Mongolia.

The mural paintings that date back to the Goguryeo Kingdom show that there was no distinct difference between the Baji and Chima styling. However, the cut of the design was noticeably different depending on the occupation or the social status of the wearer. Therefore, a person working as a manual laborer would have a relatively shorter Jeogori with wider sleeves for comfort.

What are the components of a hanbok? 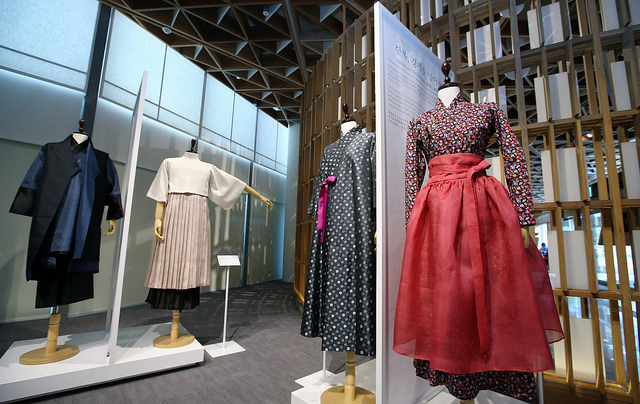 There are generally two main components of the hanbok. This includes the upper jacket and the bottom pants. Both men and women wear a jacket called Jeogori as a top piece. Women wear long, billowing skirts for the bottom called the Chima while their counterparts wear wide and roomed pants called Baji. From that description, you can easily tell how comfortable the hanbok can be considering that it is not tight at any part of the body. It also allows for easy movement.

When do Koreans wear Hanbok now?

Today, Korean fashionistas have incorporated shapes, fabrics, detailing and patterns from the traditional hanbok. Tourists have embraced this culture and a good number of them don the traditional attire during visits but Koreans still wear the hanbok when they go out on dates as a romantic attire. Couples also wear this traditional style for wedding photos or during cultural festivals. 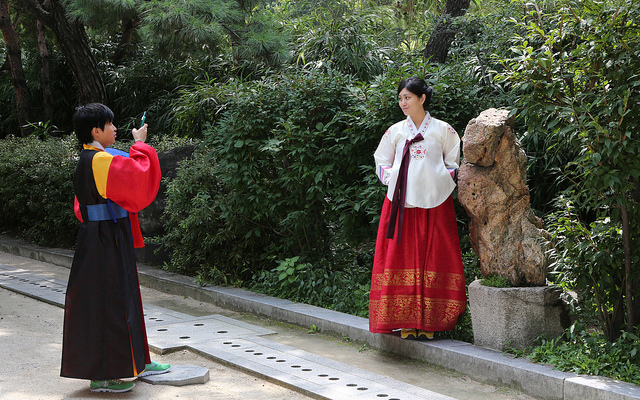 Designers have also stylized hanboks into short skirts for girls to wear as an everyday casual wear. Some women wear tent-shaped silk dresses inspired by this traditional attire to keep cool during the hot summer.