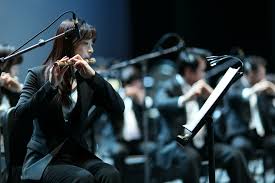 The new song of the singer Isora captivates listeners both at home and abroad, and writes a new history of the global chart. Lee Sora’s new single won the first place on six major live music charts in Korea, including Melon, Mnet, Genie Music, Olle Music, Bucks, and Sorisada at 8:00am on 23rd. In addition, according to the iTunes Top 200 Singles chart “Song Request (Feat). SUGA of BTS”, ranked fourth in the United States shortly after its release, ranked No. 1 in 44 countries and regions around the world, including Brazil, Mexico, Sweden, Hong Kong, Taiwan, Thailand, and so on. In particular, the number one in 44 regions has been the best Korean female singer ever since solo and group on iTunes. SUGA of BTS, which proves that it is writing a new history of global charts. Listeners from home and abroad who encounter Lee Sora’s new songs, “The best combination of artists I believe,” “The sound of Isora and the rap of Sugar were all creepy,” “The music genius met,” “It feels like comfort and healing” and “The more you hear it, the more you hear it, the more you hear it, the more you hear it.” I made it. Lee Sora’s unique sensibility and vocals, Sugar’s warm rap, and TABLO’s lyrical lyrical song combine in perfect harmony. Through the beautiful harmony of the three best artists in Korea, the song has been created to decorate this winter. The new song of Isora is about getting comforted by a DJ on the night radio when someone desperate comfort. She unravels the moments she had experienced if she had trouble with loneliness, and convey her warm sympathy and consolation. In particular, BTS Sugar participated in rap feature and rap part lyrics, and Epic High Tablo wrote and lyrics to make the most of the topics that captivate the emotions of global listeners. Meanwhile, Isora’s new single is available on various music sites at home and abroad.