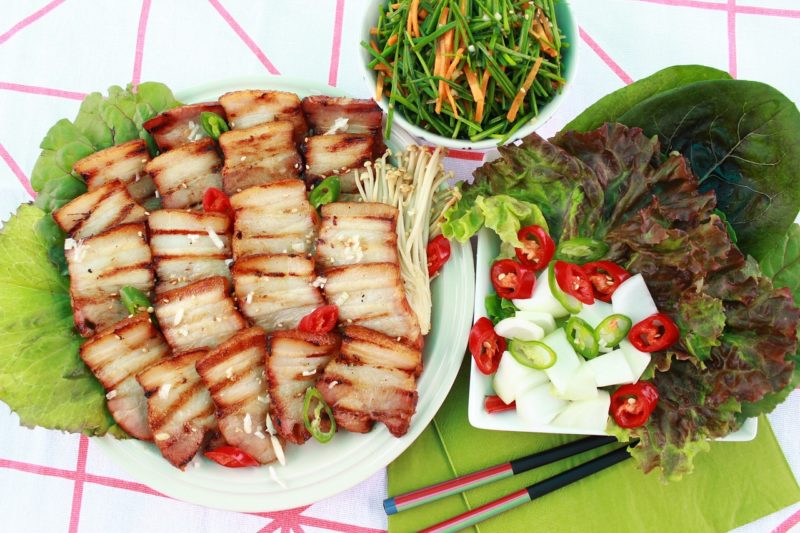 Have you been seeing some of your favorite Youtubers upload videos with their own versions of Mukbang? Did you wonder what it is and why they’re stuffing themselves with so much food?

Mukbang or Meokbang (먹방) originates from the online community in South Korea and its literal translation to English means eating broadcast. Individuals who are called “broadcast jockeys” or BJs for short livestream themselves eating huge portions of food to viewers who tune in sometimes every day. BJs will show viewers the food they’re about to eat by holding it up close to the camera and some even have special microphones to catch all the chewing sounds from their mouths. So why are these people doing this to themselves? It has turn into a way to make a living for BJ’s who are able to get enough people to tune in and donate money for small favors such as eating a certain type of food or making cute gestures. The donations come in the form of virtual balloons which viewers can purchase with real money. BJs with the most amount of followers have reported to earn as much as $10,000 a month solely through streaming and donations.

Some streamers have such a large following that fan clubs form and they send free food and gifts to their favorite BJs. The portions are typically much larger than one individual would eat but that’s a part of the appeal. Just watch one of the most popular BJs, Banzz, devour enough food for a family of six!

This trend starting seemingly out of nowhere and gained popularity so fast that even the people running the streaming site, AfreecaTV, are perplexed with the success. Some BJs have credited the continuous viewership from people who are trying to diet but can live vicariously enjoy the bountiful buckets of fried chicken or stacks of cakes without intaking any calories. Others think that with the growing number of individuals who live alone, there’s a feeling of companionship that comes with being able to eat while seeing someone else enjoy their meal. Mukbang has grown so large in Korea that television ads are even following suit. Commercials that feature food have highlighted the crunching sound that comes with taking a bite out of chips in order to mimic Mukbang videos. During the past couple of years, this trend has even crossed the border of South Korea to the rest of the world. Enter a quick search for Mukbang on Youtube and you’ll find plenty of Youtubers’ own videos of themselves chowing down.