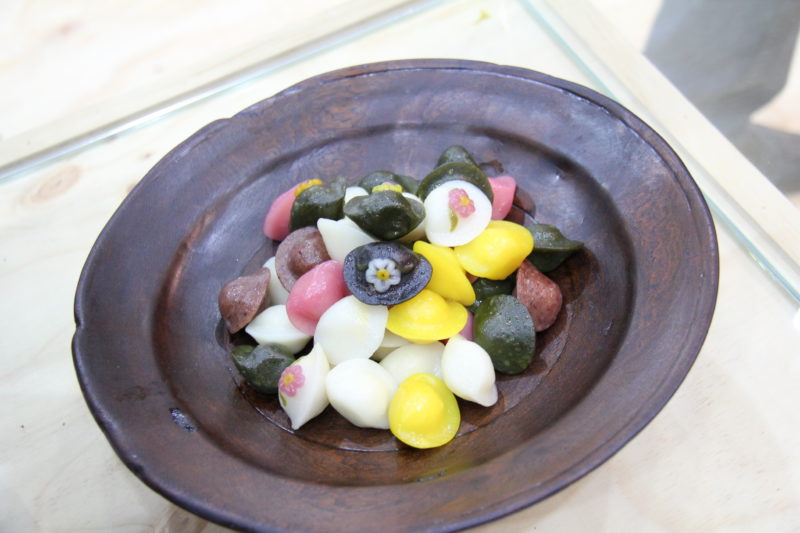 Often referred to as Korean Thanksgiving, Chuseok is a celebration during the full harvest moon on the lunar calendar which falls on the 15th of August. The date differs every year according to the western calendar because the lunar calendar follows the moon’s movements. It is one of the most important holidays in Korean culture and is celebrated with family over special foods that are only prepared for this time of year.

Chuseok translates into “Autumn Eve” in Korean and originates from an older three day holiday called hangawi when Koreans would return to their ancestral homes to celebrate the great crop harvest of the year.

Koreans believe that when ancestors die, their spirits still stick around to protect their descendants. Families usually perform an ancestral ritual by offering food and drinks at the tomb or shrine of their deceased family members. Some common items that are included in the offering are rice cakes, fruits, and some sort of rice wine. It is also a common practice to visit the grave or family burial sites to tidy up the grounds and lay offerings there during Chuseok. Koreans will also consider buying gifts for the elderly or other families that are related to bountiful harvest. For example, healthy foods or personal hygiene gifts are common. Also, other foods associated with the holiday are rice cakes, tea, or cakes and cookies. Rice cake is a major staple in Korean culture during all times of the year but there are special kinds just for Chuseok. Songpyeon is a traditional type of rice cake that has fillings such as honey, ground black sesame seeds, chestnuts, mung beans, and other ingredients. Songpyeon translates into pine tree rice cake and is cooked by steaming the rice cakes with pine needles to infuse the cake with the scent of pine. Korean folk tales say that someone who is able to make well-shaped songpyeon will be blessed with a good spouse or the birth of a beautiful child.

Korean pancakes or jeon is another common food that is enjoyed during chuseok. It is made with vegetables, meat, or fish fillets dipped in batter and then pan fried. Alcohol is another large part of Korean culture and a special hard liquor called baekju is the typical drink of choice as it is made with harvested rice. Every family has their own traditions passed down from generations and there is not only one right way to celebrate.