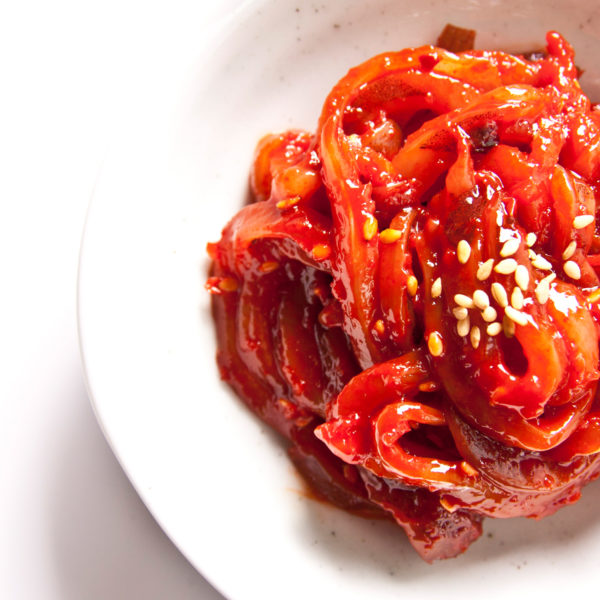 Something is fishy here… no, nothing is suspicious here, something we will talk about in this article IS fishy! One of the most famous Korean delicacy that has so many uses for various things, it’s 젓갈 (jeotgal).

We mentioned it is ‘fishy’ just before. But don’t let that scare you off, find out more about 젓갈 (jeotgal) with us in this article then you might change your mind and even want to try it yourself!

So what exactly is 젓갈 (preserved fish in salt)?

Yes obviously, it is fish preserved in salt as you must have read in the title. But more accurately speaking, it is fish meat in a 항아리 (hangari, massive sized traditional Korean jar) with a thick layer of good quality sea salt covering the top preserved until fermented. The liquid from this fermentation process is called ‘액젓’ (aek jeot) and this is what is known as the ‘fish sauce’ you often see in a Asian super market.

What kind of fish do you use to make 젓갈?

There is not an ultimate rule of ‘using only certain kind of fish for 젓갈’ (jeotgal). In fact, some of them are made using only fish’s eggs, gills or even guts. So how many kinds of this dish are out there? No one knows, but here is some brief guide line.

Various usages of 젓갈 and the way to eat them

Depends on the kind of fish that is used in the process, the usage or the way to eat often changes. if you think you’ve never had 젓갈 (jeotgal) before, we want to ask “have you ever had kimchi before?”. If the answer is yes, there is a big chance you have already had 젓갈 (jeotgal). 새우젓 (sae woo jeot), which is fermented prawns is the key ingredients for kimchi. Not only it adds luxurious saltiness to the sauce, but also helps to get this rich and flavor with so many layers.

However, you don’t always have to cook your 젓갈 (jeotgal) to eat. All kinds of 젓갈 (jeotgal) can be eaten as they are. For this way to eat, smelly kinds are your best option, to really taste and enjoy them. But often times, it’s dressed with either a sauce using 고추장 (gochujang, Korean chili pepper paste), or just some sesame oil. This way, it becomes a perfect side dish that goes perfect with white Korean rice.