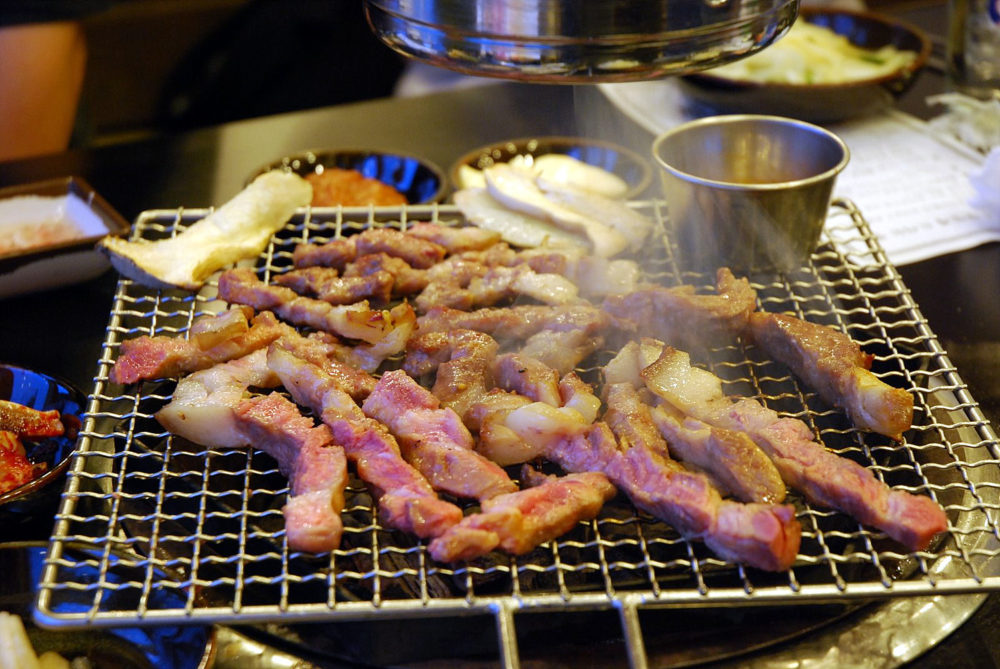 The Korean way of grilling meat may be different from what people call BBQ in the United States. Rather than having long-smoked large slabs of meat brought to you on a plate, Korean BBQ is all about self-grilling. In South Korea, there are restaurants that primarily serve BBQ that have special tables that include grills in the center of them. They can be heated by charcoal, gas, or electricity and they usually have extra ventilation above each table.

Grilling Your Own Meat 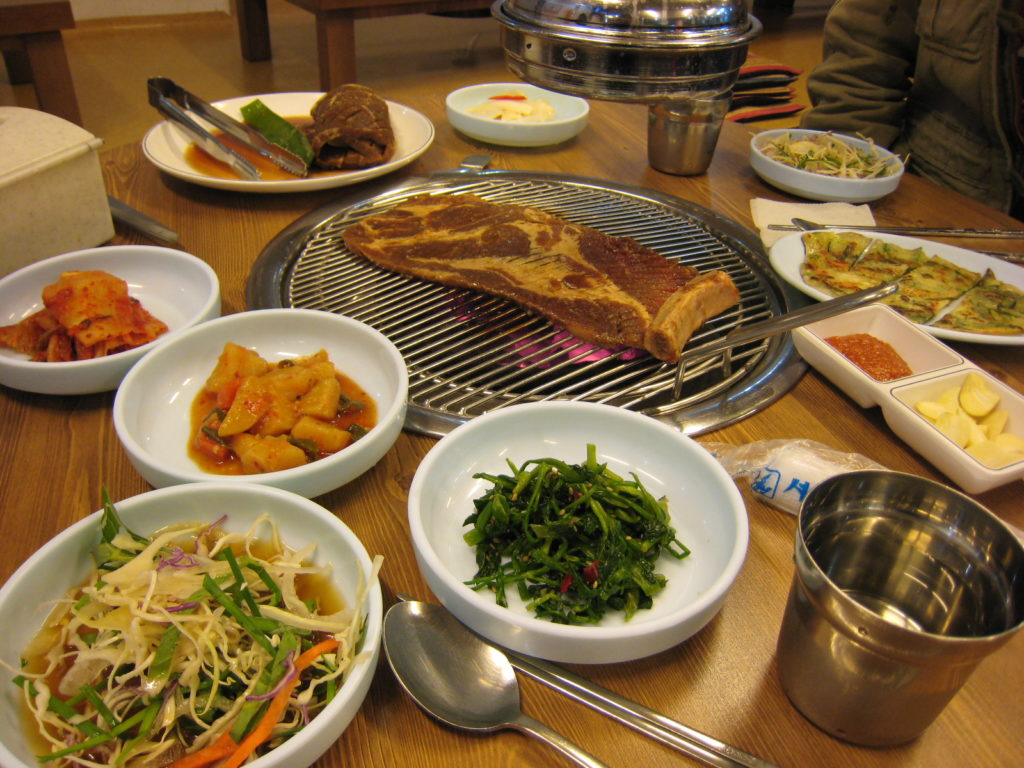 The best part about Korean BBQ is the interaction with the food. Plates of raw meats and garnishes are brought out to your table after you order. Some are side dishes called ban chan which can be eaten straight or as a compliment to your grilled meat. Others are components for the perfect bite of Korean BBQ such as lettuce, rice, and raw garlic. Another great thing about Korean BBQ is how customizable it is. You can build the perfect bite of BBQ however you’d like. There are customary ways to consume Korean BBQ but the fundamental idea is grilling the meat. Other than, you can pretty much do whatever you’d like. 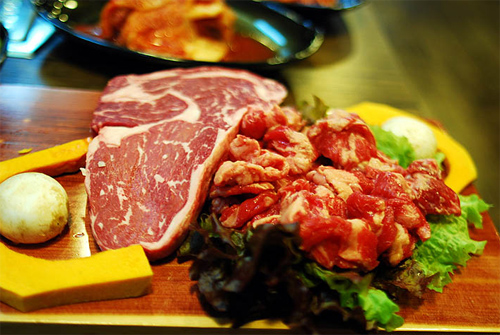 Most marinades are made with a combination of some of the following soy sauce, sesame oil, brown sugar, crushed korean pear, pepper, onions, scallions, and gochujang.

A side of rice is usually included when you order Korean BBQ along with vegetables such as onions and mushrooms for grilling. Also, a basket of lettuce is customary to use as a wrap with your grilled meats and garnishes.

Koreans love drinking and eating in groups as it encourages camaraderie and Korean BBQ is another aspect of that. It is commonly shown in dramas and shows that couples will make Korean BBQ wraps for each other or young people will make wraps for their seniors. The way you make a wrap is with the lettuce, then with rice, some meat, and garnishes. You tightly secure all pieces inside the lettuce and stuff it in your mouth. 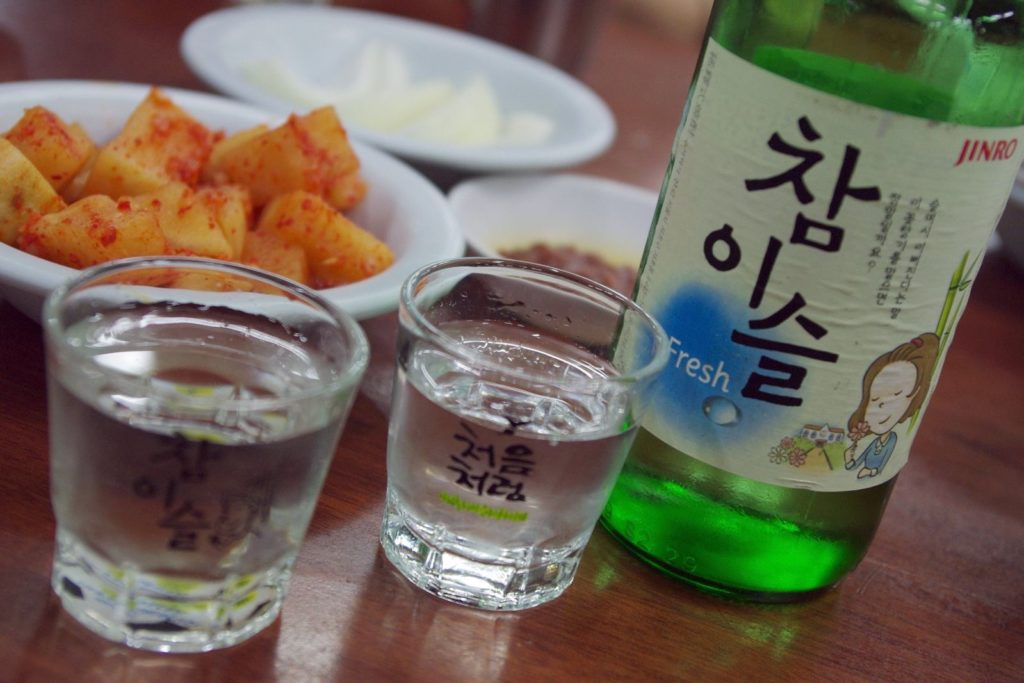 Korean table grills are usually in the middle so everyone can reach in to cook meat and grab their pieces. Usually to start, a full plate of meat is thrown onto the grill and there is a grillmaster of sorts. For some types of meat such as kalbi or samgyusal, you cut long strips of meat into smaller pieces when it is almost done to check for doneness and to finish grilling up the cut sides. When the meat is ready, the person cooking will let everyone else know it’s time to start eating the meat!

Alcohol is much more accessible in Korea compared to the United States so it’s common to serve alcohol at Korean BBQ restaurants. The salty and marinated meats are a great pairing with soju or beer. After work hours, it’s common to see groups of salary workers in their business clothing decompressing over Korean BBQ. It’s a great meal and bonding activity for friends and family alike. There is something harmonious about sitting around a fire or grill and sharing a meal over some drinks with friends.