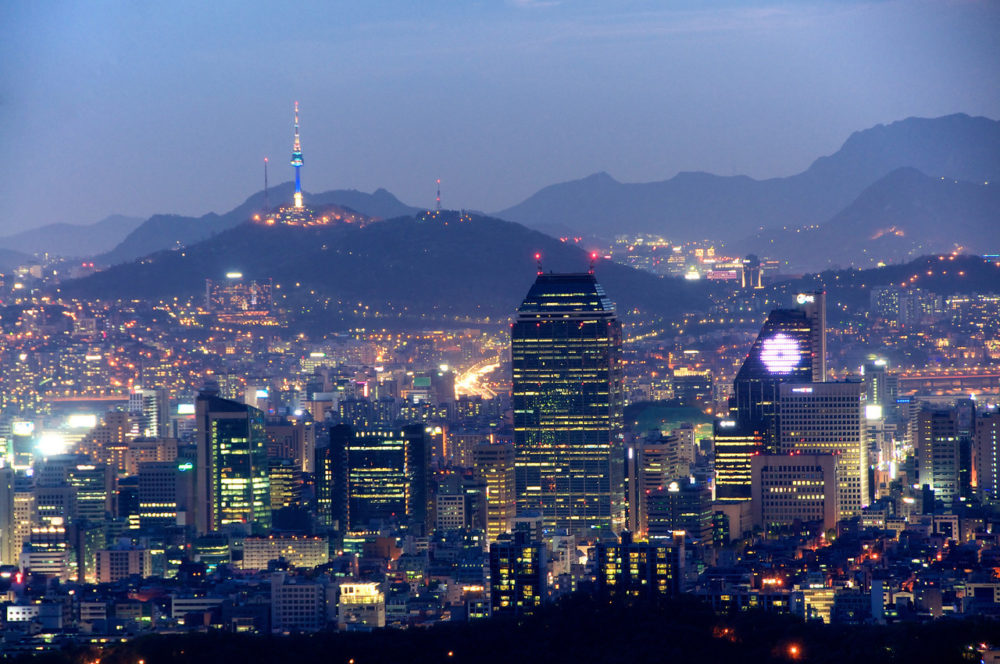 Seoul Tower is located in the middle of Seoul situated on Namsan. Besides being a broadcasting tower for television and radio, it is also a popular tourist destination as it offers observation decks that overlooks the vast Seoul cityscape. The structure also features the Unamjeong Pavillion, a traditional Korean Hanbok cultural center, a teddy bear museum, and four observation decks.

You can see the Han River that runs through Seoul as well as the green hills that Namsan stands next to. Since Seoul Tower is on top of a mountain, there are several ways available to reach the entrance without having to make the trek on foot.

Namsan has its own shuttle bus service that runs every 15 minutes and only costs around $1 USD.

A popular transportation option to the base of Seoul Tower is by cable car. It’s located near the popular Myeongdong district that is known for street food and shopping. Tickets are priced between $3-$9 depending on the direction of the ride and the age of the passenger.

Namsan does not allow cars to travel up the mountain anymore but there are nearby parking lots that are close to other forms of transport to the top.

In addition to a panoramic view of Seoul, you can also visit Seoul Tower’s Digital Observatory boasts 32 LCD screens that feature Korea’s history. There are also restaurants, snack bars, restrooms, and places to rest inside the tower.

On the outside, an expansive wooden deck is great for taking in the mountain air during warmer weather.

At the Unamjeong Pavillion, various cultural performances take place during the day including martial arts displays and musical acts. 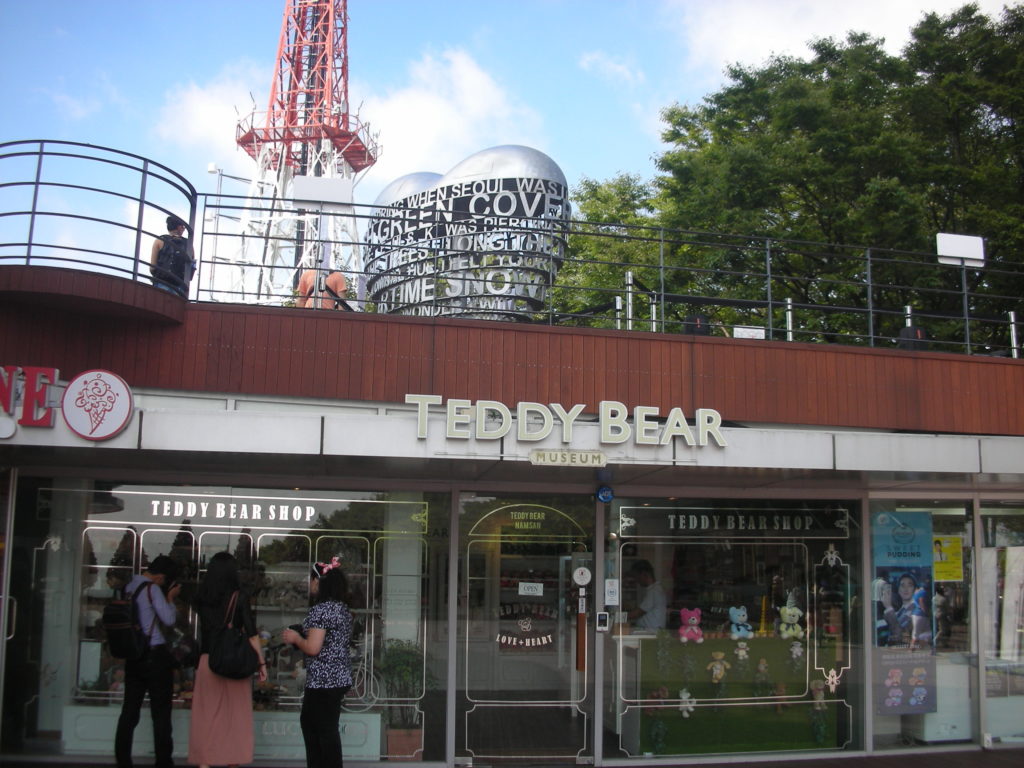 The teddy bear museum opened in 2008 and features stuffed animals representing the history and modern day lifestyle of Seoul and South Korea.

One of the typical must-do’s when visiting Seoul Tower is the Locks of Love area. Located on the wooden deck of the observation tower, this iconic area was popularized overseas by big Korean Dramas and exported the country’s unique couple’s traditions. 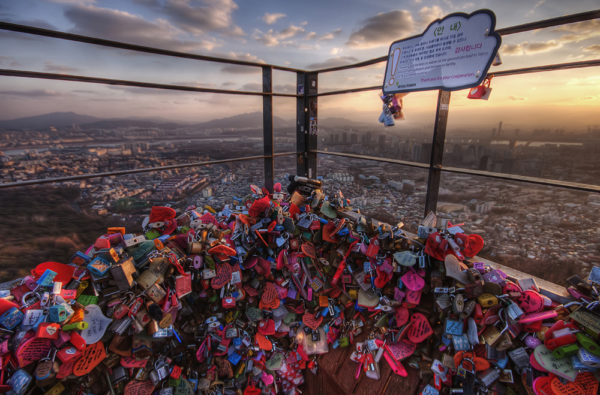 The idea is that the locks symbolize the couples’ endless love. Couples typically write their names and the date of the visit to mark their place among a vast number of other locks. Due to the popularity, families may also follow this custom now.

* Operating hours are subject to change depending on weather or business schedules.

– One hour extended operating may occur on the day before holidays and Friday and Saturday depending on situations.

* Group discount available for groups of 30 people or more

Get off at Myeong-dong Station (Seoul Subway Line 4) and Exit 3.

Walk for about 15 minutes following the street on the right side of the Pacific Hotel. The cable car boarding place will be seen ahead.