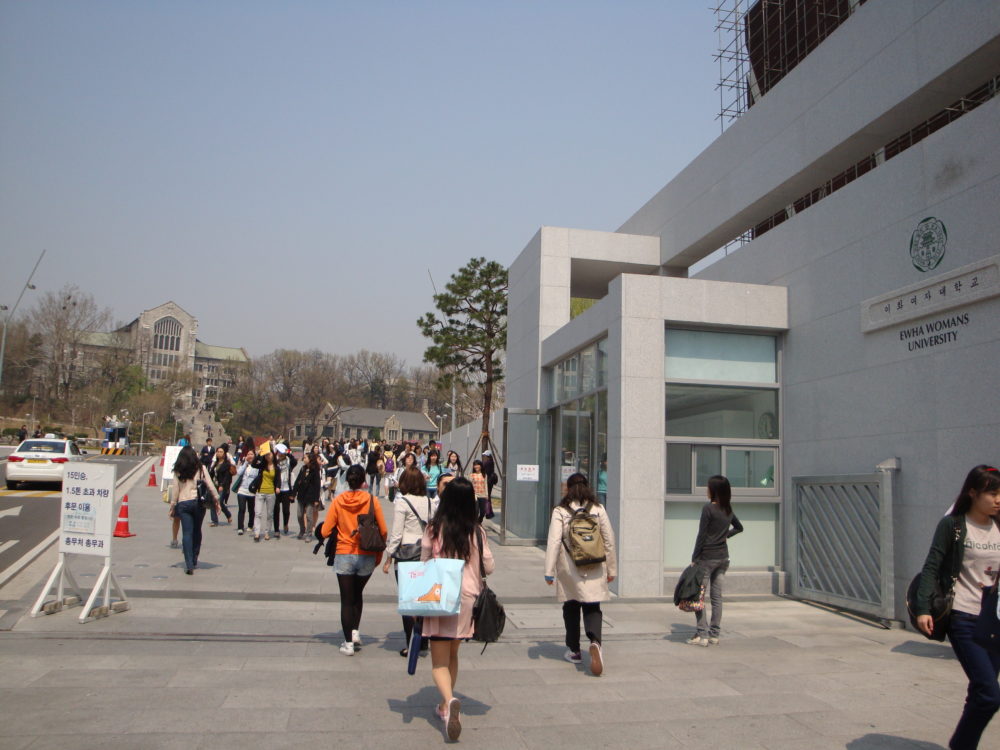 Ewha was officially established in 1945, after the Japanese occupation and World War II. It is Korea’s first educational institute dedicated to women and it was founded in 1886 by an American Christian missionary but went through some turbulence before becoming a prestigious and prominent school in Seoul. It now has a diverse set of graduate programs, colleges, and fields of study and is the world’s largest women’s university. 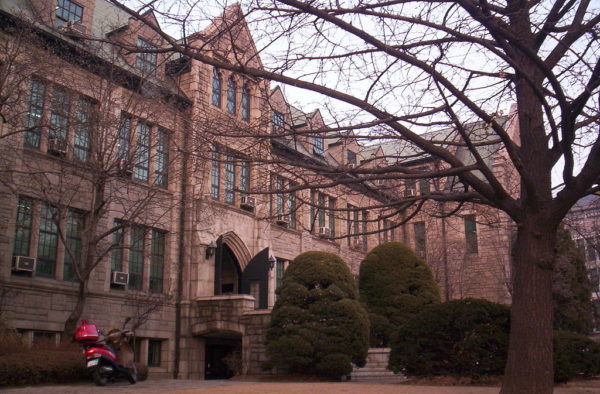 Ewha translates to pear blossoms in English and the school’s motto is “Knowledge-Goodness-Beauty”. 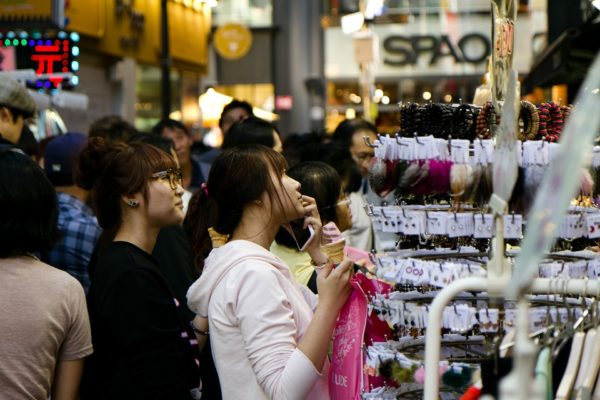 The Ewha University Fashion Street has become increasingly popular to tourists due to its shops and restaurants that are tailored for young women. Small boutiques line the streets with discount racks and rows of affordable Korean clothing and shoes. Additionally, most of the major cosmetic and skincare chains have locations near Ewha to capture a major portion of their base. Visitors can spend hours in this area browsing through shops, hair and nail salons, cafes, and restaurants.

The campus is open with a lot of greenery and some of the buildings show its past with the church. There are also modern pieces of architecture from newer buildings. 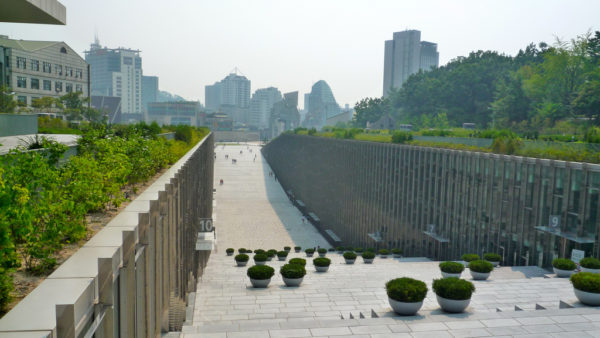 The main feature of the architecture at Ewha Womans University is the “campus valley” which is a long and wide canyon with high walls that lead into school buildings. The upper level of the valley hosts grassy areas and trails through greens whereas the lower level has multiple entrances into the buildings. Inside the buildings, vast glass walls let light into high ceilings with different levels where students and visitors can access. The valley was designed by Dominique Perrault Architecture and constructed in 2008.

Take the subway on Line 2 to the Ewha Womans University station and take Exit 2 for the fashion street. Note that the Korean name for the Ewha University Station may be shortened to 이대.